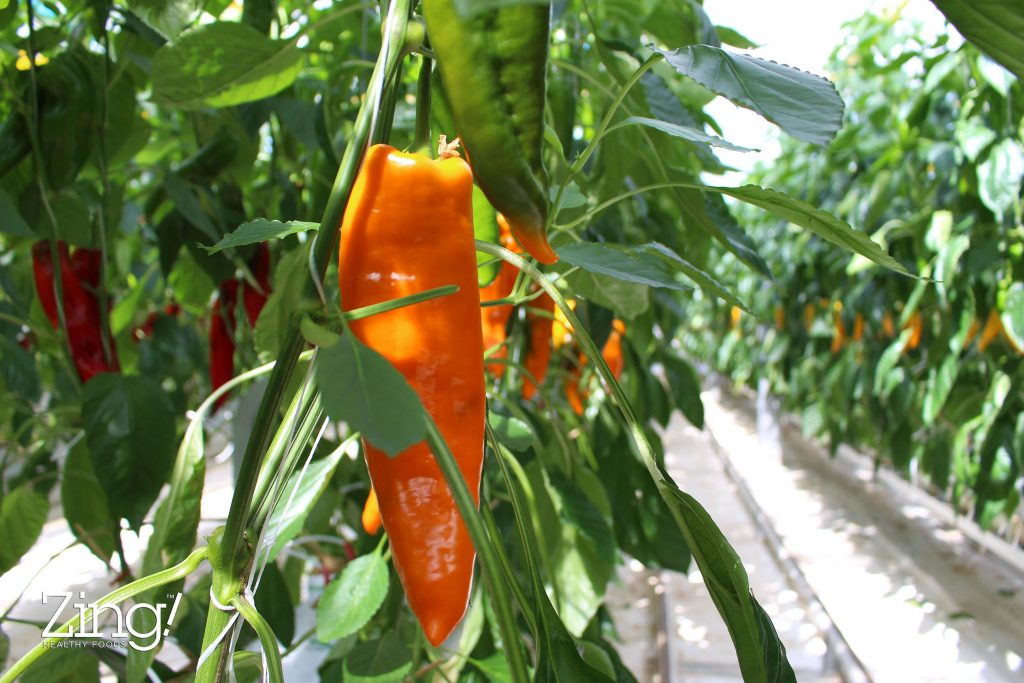 To avoid consumer confusion with a hot pepper, the Leamington-based producer chose a bold name that not only describes the taste, but also draws attention.

“It’s sweeter than a bell pepper, with so much flavour and a crunchy texture,” says Jordan Kniaziew, Vice President of Sales and Marketing for Zing! Healthy Foods. “It’s perfect for grilling on the barbecue this time of year”

It’s the pepper’s long, pointed shape that makes it ideal for grilling, further bringing out the sweetness of the pepper.

“These peppers are one of the most popular peppers in Europe because of the high level of sweetness,” Kniaziew adds. “We see North Americans following this same trend and we have answered the demand for a sweeter pepper with the Super Sweet Shepherd.”