October 27, 2017
By University of Southampton

October 27, 2017By University of Southampton 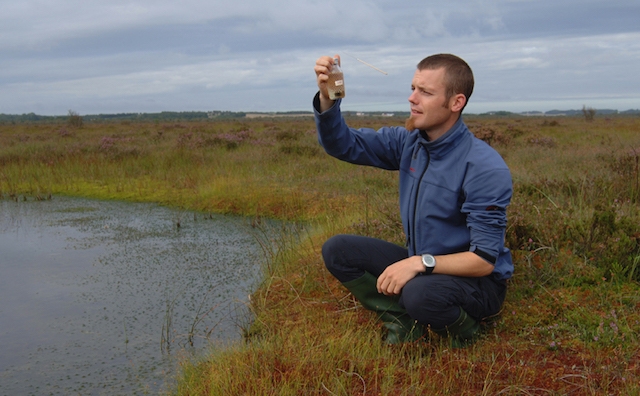 Oct. 27, 2017, Southampton, U.K. – They account for just three per cent of the Earth’s surface but play a major role in offsetting carbon dioxide emissions – and now a team of scientists led by the universities of Southampton and Utrecht has discovered that the plants that make up peat bogs adapt exceptionally well to climate change.

In a study published today [Friday, October 27] in the journal Nature Communications, experts show that, even though certain species in a peat bog’s plant ‘community’ might disappear because of the effect of rising temperatures and increasing levels of atmospheric sulphur and nitrogen, their place will be taken by other species with different environmental preferences but a similar biological ‘function.’

Compared to more diverse plant communities, such as dunes and grasslands, peatlands have been observed to lose fewer species as a result of climate and environmental changes. As high species richness helps ecosystems perform their functions (e.g. carbon uptake), this could mean that peatland’s carbon-storing function is resistant to climate change.

Peatlands also act as a sponge in the landscape, holding large amounts of water on which many other ecosystems rely (and which provide us with 70 per cent of our drinking water) – a role set to become ever more vital with the predicted increase in drought events.

Lead author Dr Bjorn Robroek, of the University of Southampton, visited 56 peat bogs across northern Europe, including the U.K., noting the species that grow there and analyzing the relationships between the species, the local climate and the atmospheric composition.

The data showed clear differences in vegetation between individual peat bogs, but similar levels of biodiversity – the number of different species in the area. Further analysis revealed that, in each bog, these species could be divided into two clusters that usually grow together – one group of plants that thrive in higher temperatures and precipitation, the other that do well in lower temperatures and less precipitation.

As the plants in the two groups have similar biological functions, the results indicate that bogs can continue to function properly even with changes in the composition of the plant community.

Robroek, who led the collaboration involving universities across Europe, said: “While studies of other plant communities have shown that environmental change has a negative effect on species richness, the effects on peatlands seem minimal. In other words, peatlands seem rather resilient in the face of environmental change, with species replacing each other to create different compositions in the plant community.

Joint lead author Dr. Vincent Jassey, of the University of Toulouse, France, commented that the findings do not mean that peat bogs are impervious to environmental change.

“Peatlands are still prone to degradation through other environmental changes – for instance, the invasion of non-peatland plant species – and human activity such as the draining of bogs can have a major detrimental effect on the plant community,” he said.

“Peatlands store a huge amount of CO2 that would otherwise be released into the atmosphere to contribute to global warming. In addition they provide the majority of our drinking water. For these reasons alone, protecting these environments should be high on the political agenda.”

The research was funded as an ERA-net project within the European Union’s 6th Framework Programme for Research through the Netherlands Organization for Scientific Research. The Dutch Foundation for the Conservation of Irish Bogs funded part of this study.


Related
Waste Heat Tapped By Major Quebec Grower
Energy savings beyond the boiler
WHERE TO GROW: In a Greenhouse or a Warehouse?
Looking at the wise use of peatlands