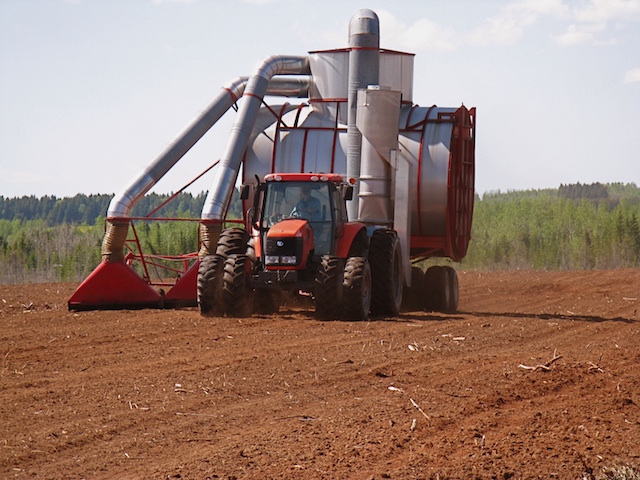 Sept. 24, 2015, St. Albert, Alberta—It’s been an average year so far with peat harvesting in Canada.

The Canadian Sphagnum Peat Moss Association (CSPMA), which represents about 95 per cent of all North American peat production, recently surveyed its members.

The survey was conducted on Aug. 31 regarding the status of the actual harvest (including an estimate of what can be expected to be harvested for the remainder of the season) as a percentage of the 2015 harvest forecast.

In general, the harvest season has been adequate but the lack of a strong harvest overall may challenge peat availability.

The Prairie provinces (Manitoba 98 per cent level, Saskatchewan 88 per cent and Alberta 94 per cent) experienced early favourable weather conditions and a strong start to the year. This helped minimize periodic negative weather-related conditions during the balance of the harvest season and the harvest numbers are close to achieving the expected amounts.

In Québec’s North Shore (52 per cent) and South Shore (72 per cent), the results are well below expectations. This is primarily due to a later start and the continuous and often heavy rains throughout the balance of the season.

In the Maritime provinces of New Brunswick and Prince Edward Island, the largest peat producing region in Canada, the industry has achieved its expected harvest volumes—NB North 98 per cent, NB South 94 per cent, and PEI 88 per cent). More favourable weather conditions allowed for longer stretches of harvesting and a normal harvest year.

Further adjustments to these results may be made dependent on the ability to harvest in the fall season.

Currently, due to a relatively low entry inventory level and regional harvest shortages, the supply of product—particularly from the East—may suffer. Customers may see product from non-regional shipping points and, as a result, higher transportation costs may occur.

As in the past, the CSPMA members are committed to working co-operatively with their commercial business partners to minimize the disruptions from the adverse harvest season.