News
Paul Mastronardi is Produce Person of the Year 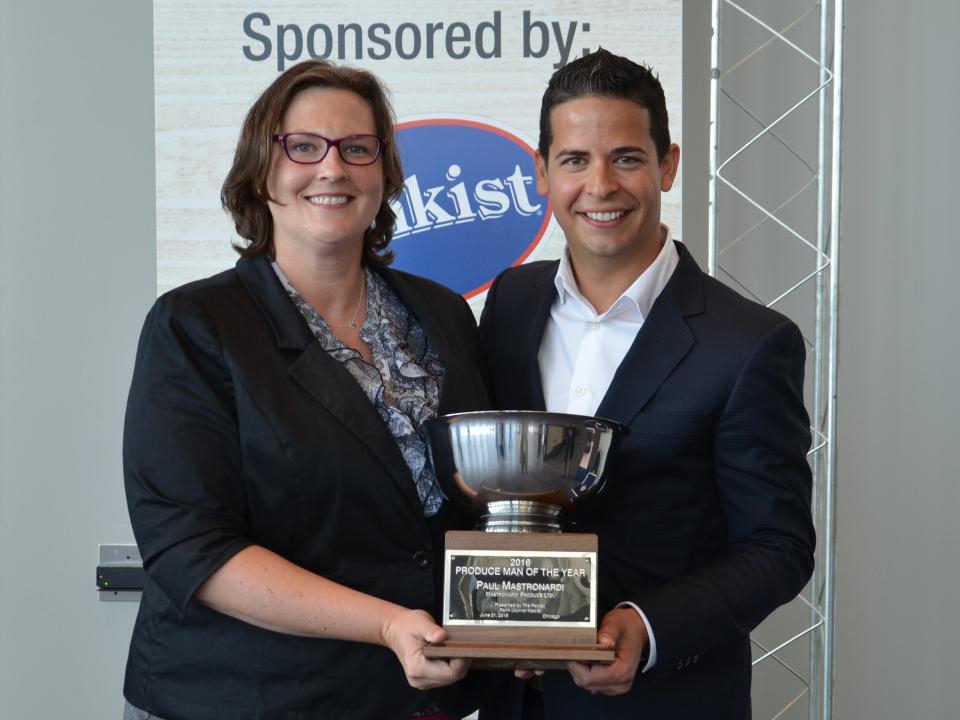 June 24, 2016, Kingsville, Ont. – SUNSET® president and CEO Paul Mastronardi has been named as Produce Person of the Year at the United Fresh show in Chicago.

Tying in with the theme of innovation, Mastronardi was selected for his outstanding contributions to the produce industry.

Pamela Riemenschneider, who presented the award, said that Mastronardi is a driving force behind revolutionizing entire categories in the produce department.

“He was instrumental in bringing the Campari® cocktail tomato to the market [back in 1995],” said Riemenschneider.

“Since that time, the tomato category has expanded from basic beefsteaks, Romas, TOVs and cherries to a complete menu of flavours, textures, and colours from bright yellow to a deep brown.”

The fourth generation CEO has earned a reputation in the industry for his passion for innovation, quality, and above all, flavour. Under his leadership, the company has been named Canada’s Best Managed for seven consecutive years, and has continued to develop unique, flavourful products under the SUNSET® brand.

“This is an award for the entire company,” he said. “Without the hard work of the Mastronardi team, we would not be where we are today.”