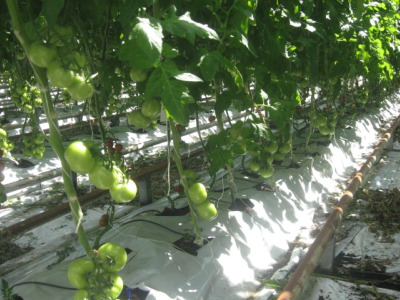 The
impact of the early spring, which was characterized by plentiful sunlight, can
already be seen in the medium and large sizes of long English cucumbers. “As
our organic greenhouse program hits the market, we are pleased to announce that
the startup is very robust, with exceptional quality coming out of the gate,”
said Aaron Quon, greenhouse category director for full-service marketer The
Oppenheimer Group .

Primarily
comprised of tomatoes-on-the-vine, cucumbers, beefsteak tomatoes, and other
specialty items, and marketed by The Oppenheimer Group under the OriginO™
brand, the hearty nature of this year’s harvest is also due in part to a
continued focus on quality improvements to enhance OriginO products’ shelf life
and flavor profile.

Long
English seedless cucumbers became available in early March, with the rollout of
tomatoes-on-the-vine and beefsteak tomatoes to beginning the end of April. 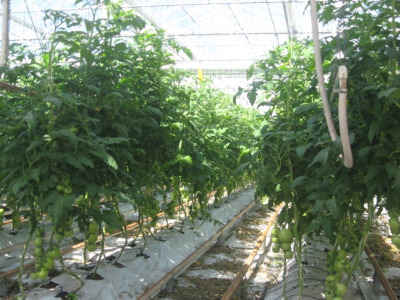 For
B.C.’s only fully organic greenhouse grower, the OriginO line will leverage
Oppenheimer’s regular conventional programs to provide its retail partners the
ability to promote organic and conventional items at the same time. The brand
will also serve to fulfill customers’ anticipation for the return of the
organically grown Canadian program that ended in November of last year.

Promotional
opportunities will be available throughout the season for both
tomatoes-on-the-vine and long English cucumbers.

In
addition to solid demand for tomatoes due to the freeze in Florida at the
beginning of the year, the market outlook for organics is just as positive.
“The decreasing price gap between conventional and organic produce has allowed
people to ‘trade up’ by switching over and buying a more premium product when
choosing an organically grown item,” said Quon. “This will expand on the
current segment of consumers who already favor organics when they shop for
produce.”

OriginO
has implemented some new growing practices for this year, one of which included
experimenting with and enhancing their proprietary growing medium for better
plants and healthier fruit.

This
continuous development is consistent with OriginO’s focus on providing safe,
tasty, healthy, and clean vegetables through a sustainable growing
philosophy. OriginO employs other green methods such as processing raw
material consisting of waste leaves, stems, and fruit prunings from the daily
greenhouse operations into compost, along with recycling 100 percent of the
proprietary organic fertilizer drain. “These programs contribute to a well-rounded
environment of efficiency with optimal growing conditions for a cleaner and
more nutrient-rich fruit,” said Quon.  Such biological controls and
innovative programs combine to effectively define the meaning of clean farming
with true sustainability.

Of
the 23 acres planted this season, the crop mix consists of roughly 75 percent
tomatoes and 25 percent cucumbers, all grown with a focus on quality and
efficiency to produce the same volume on less acreage than in some previous
years. Consumers and retailers can expect similar volumes to 2009 of
OriginO organically grown greenhouse vegetables from the current and upcoming
crop harvest.

Alongside
their staples, OriginO is also experimenting with trial varieties, such as
colored mini tomatoes-on-the-vine and grape tomatoes, to discover the flavor
profiles and yield capacity these new varieties will produce.

Not
limited to its major brand of organic vegetables, OriginO and Oppenheimer also
offer private label greenhouse organic programs for individual retailers in
order to help these partners provide a wider assortment to their
shoppers. In addition to the popular bulk packaging, there are numerous
other pack options available upon retailer request. One of them is a “new”
2.5-pound tomato-on-the-vine clamshell package which is easily merchandisable
and is sure to create excitement for consumers, Quon said.

The
Oppenheimer Group is the exclusive marketer for OriginO™ greenhouse-grown
tomatoes, cucumbers, peppers, and specialty items.