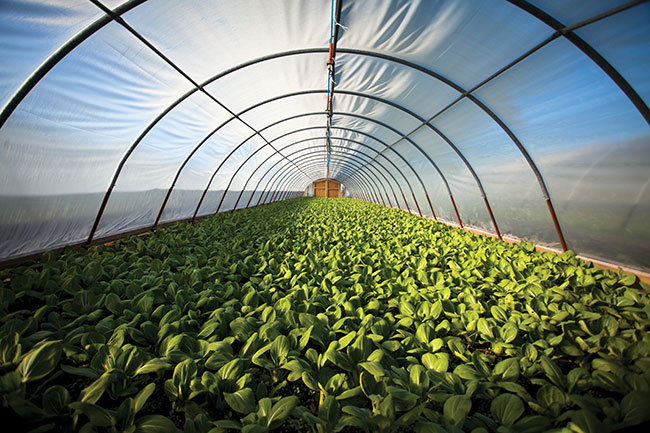 Organic fruits and vegetables accounted for approximately three per cent of total horticultural crops grown in Ontario in 2018, according to a survey from COTA and Statistics Canada. This is a slightly higher percentage of organic than for other types of crops. As that demand and total organic acreage continues to increase, Canada’s organic standards continue to evolve with greenhouse growers moving towards greener production techniques.

On December 11, 2020, the Canadian General Standards Board revised and published the 2020 Canadian Organic Standards (COS) after a thorough review of proposed changes by the Organic Standards Technical Committees. From this date of publication, all operators have one year to comply with the revised clauses of the 2020 COS.

There were some notable changes that affected crops being produced in greenhouse structures.

Previously known as “Greenhouse Crops,” clause 7.5 of the COS is now known as “Crops Grown in Structures or Containers.” A revised introduction specifies what types of production are and are not covered by this clause. The intention is to make clear distinctions between crops grown in simple structures or those intended for season extension or pest protection, and those which involve production which limits root contact to native soil such as container growing or production which uses supplemental lighting, heating or CO2 enrichment.

Further additions were made in sections 7.5.2.1 – 7.5.9 primarily concerned with defining soil and setting minimum soil requirements for crops grown in containers.

Organic agriculture is based on growing plants in living soil, which supplies the bulk of the nutrients and provides a habitat for organic soil life. Therefore, some changes were made to the COS to ensure that crops grown in containers and season extension structures are not being grown in “quasi-hydroponic systems,” and where supplemental heat, light, or CO2 are not provided. These changes require that:

For producers seeking more information on the certification process or for a more thorough understanding of the 2020 standards, please visit organiccouncil.ca.

Stuart Oke is the director of communications and membership for the Organic Council of Ontario. He can be reached at stuart@organiccouncil.ca. The OCO represents more than 1,400 certified organic operators, as well as the businesses, organizations, and individuals that bring food from farm to plate.