News
Organic sales on the rebound

April 18, 2011, Vancouver — Just as the organic category’s green shoots
of recovery are growing stronger at retail, a new season has begun at
Origin Organic Farms of Delta, B.C.

April 18, 2011, Vancouver — Just as the organic category’s green shoots of recovery are growing stronger at retail, a new season has begun at Origin Organic Farms of Delta, B.C.

“Were going into the season with a great deal of optimism,” he said. “Not only do we see a renewed interest in organics as our customers adjust to the new economic realities, but we are starting fresh in the greenhouses, too.” 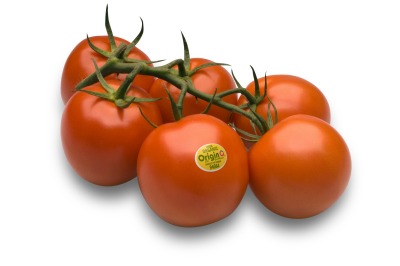 Origin Organic Farms spent the off-season developing a new soil formula and replacing the growing media in its 21 acres under glass with rich, new soil.

“We are ‘growing back to basics’ this year,” he said, noting that the company has introduced a new positioning line reflecting this key point. “We’ve started right at the foundation by planting in fresh soil, and have modified how and when we fertilize, so the plants can naturally produce high yields of beautiful, tasty organic tomatoes and cucumbers.”

Wong said that Origin has always believed in blending the innovations of today with proven traditional organic farming methods, though this year his team is consciously focusing on the basic things that matter most to assure excellent appearance and flavour, and a longer shelf life, with sustainability at the core.

Among other measures, Origin processes its waste leaves, stems, and fruit prunings into compost, and recycles 100 per cent of the proprietary organic fertilizer drain.

“Organics are gaining traction again. We saw the category contract at retail during the recession as our customers sought to offer more affordable conventional solutions while still catering to the core organic shopper,” he said. “Now, with the economy recovering in many regions, retailers can dedicate more space and energy to organics again as more mainstream shoppers return to the category.”

Quon also pointed out that tomatoes are among the top performing organic items in both volume and dollar sales.

“Between Origin’s increased tomato volume and with the exceptional quality this grower is known for, we couldn’t feel better about the season ahead,” he said.