February 4, 2009
By The Oppenheimer Group

February 4, 2009By The Oppenheimer Group

The full-service produce marketer first achieved the “50 Best” honour in 2001, and has re-qualified annually ever since. The award selection entails a meticulous assessment process that is overseen by sponsors Deloitte, CIBC Commercial Banking, The National Post and Queen’s School of Business. The recognition reflects the previous year’s performance.

“We are particularly happy to be recognized this time, considering the complex economic landscape and the unique set of challenges it has brought to companies everywhere, and the fact that we were celebrating our 150th year in business in 2008,” said John Anderson, Oppenheimer’s chairman, president and CEO. 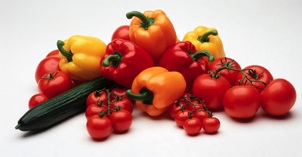 While the award acknowledges solid performance in all of these disciplines, Anderson credits the vision of the company’s executive team, and the passion and commitment of people throughout the company, for Oppenheimer’s achievement.

Specifically, he points to the contributions of two of its leaders, executive vice-president Greg Sheldon and senior vice-president Bob Dunlop, who retired from the company in January.

“Greg and Bob contributed significantly over the years, especially in the areas of grower relations, technology, sales and operations,” Anderson said. “They helped direct our overall strategy, and their commitment and expertise played a huge part in Oppenheimer becoming the solid organization it is today.”

The role of Sheldon, who had been with the company for 17 years, will be shared by Nigel Fripp, who came to Oppenheimer in October 2007 as vice-president of finance, and vice-president and CEO Doug Grant, whose tenure has included various leadership roles over the last 14 years.

Dunlop, a 24-year veteran with the organization, is passing his responsibilities to Dawn Gray, senior vice-president sales, marketing, and categories, who officially joined Oppenheimer in January after a two-year stint as general manager at Oppenheimer’s grower-partner ENZA, and David Smith, vice-president of sales, who will celebrate his 20th anniversary with the company this year.

Jerry Smirniotis, in his capacity of vice-president East Coast, will continue to provide strategic guidance to Oppenheimer’s sales and operations in the Eastern U.S. and Eastern Canada. He also directs the organization’s stone fruit category. Smirniotis has been a part of Oppenheimer’s management team since he joined the company in 1990.

“By combining the fresh perspective that new talent brings, with the experience of proven Oppenheimer leaders, we’ve created a diverse and highly-committed executive team,” Anderson said. “I’m confident that the leadership of this group will facilitate contin

ued growth for our company, and enable us to serve our customers well by remaining at the forefront of our exciting industry.”

Canada's 50 Best Managed Companies continues to be the mark of excellence for Canadian-owned and managed companies with revenues over $10 million. Every year since the launch of the program in 1993, hundreds of entrepreneurial companies have competed for this designation in a rigorous and independent process that evaluates their management skills and practices. The awards are granted on three levels:

Founded over 150 years ago in Victoria, B.C., The Oppenheimer Group is a leading North American fresh produce company, sourcing over 100 varieties of fruits and vegetables from more than 25 countries and delivering them to retailers, wholesalers and foodservice operators across the U.S. and Canada. The full-service marketer has offices throughout North and South America and relationships with growers around the world to ensure a 52-week supply of preferred produce items, including apples, pears, kiwifruit, grapes, pineapple, citrus, berries, stone fruit and greenhouse-grown vegetables. For more information, visit www.oppyproduce.com.