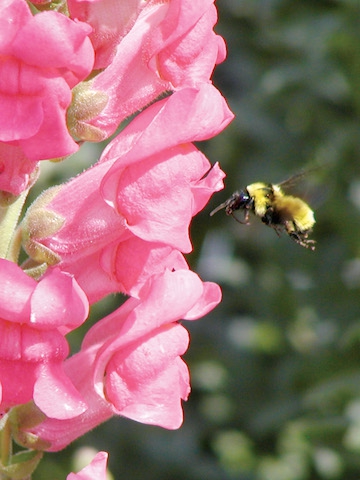 May 11, 2015, Ottawa – Ontario farmers will not be the only ones who will be impacted by a ban on neonics, according to a study by RIAS Inc., an Ottawa-based leader in regulatory impact analysis.

“Ontario citizens are already saddled with hundreds of billions of dollars of debt and a $10.5 billion deficit,” says Ted Menzies, president and CEO of CropLife Canada.

“This study shows that not only will the proposed restrictions on neonics hurt farmers and the environment, conservative estimates show it will also cost Ontarians more than $660 million annually and do absolutely nothing to help bees.”

Agriculture is the number two contributor to the province’s GDP. Reducing corn and soybean yields in Ontario, which these regulations will do, will have a direct impact on many other sectors of the economy. It will impact transportation companies, food manufacturers and exporters, which will all affect the GDP.

The proposed regulations on neonics would come with about $26 million worth of red tape costs, estimates RIAS Inc. The costly measures required to comply with these regulations include things like applying for licences, purchase verification and tracking, staff training, and scouting fields using an unworkable process, as well as the time and cost of the additional training and reporting for farmers.

“The cost burden of this plan is tremendous. All without any tangible evidence that these regulations will have any positive impact on bee health,” says Menzies.

While the Government of Ontario has indicated that farmers who demonstrate a need for neonicotinoids will have access, the consensus among professional agrologists is that the system being proposed is naive and unworkable, and will not accurately predict pest threats.

“Neonicotinoids have been thoroughly assessed and approved by Health Canada. It’s difficult to understand why the Ontario government would undermine farmers like this and put them at such a huge competitive disadvantage,” says Menzies.