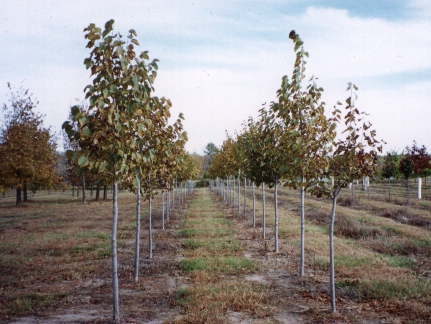 Jan. 12, 2016, Brougham, Ont. — A Canadian company is among the finalists in this year’s AIPH International Grower of the Year awards competition.

Dutchmaster Nurseries in Ontario has made it to the final judging, along with Dashun International Flower of China, Majestic Trees of the U.K., and Costa Farms of the U.S.

The award will be presented at a gala dinner during IPM Essen later this month.

Dutchmaster Nurseries is one of the leading wholesale nurseries in Ontario, producing trees, shrubs and perennials for wholesale purposes and shipping throughout eastern Canada and the eastern United States.

It was founded in 1971 by Henry Tillaart Sr., a Dutch immigrant who had been working in the landscaping industry. The family-owned business now includes a third generation of family members.

Dutchmaster Nurseries cultivates over 1,500 acres of land in the Durham region, with the majority dedicated to the growing of large caliper trees, the primary plant category. In addition to deciduous and coniferous caliper trees, it also offers a wide range of shrubs, ornamental grasses and perennials, many of which are propagated in its own greenhouses.