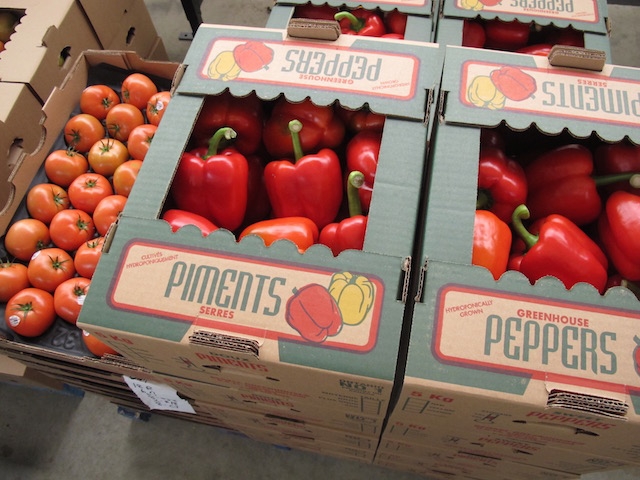 June 1, 2017, Leamington, Ont. – The Ontario Greenhouse Vegetable Growers (OGVG) is voicing concerns for the ongoing viability of the sector following plans by the province to boost the minimum wage.

This may be the breaking point for some growers.

While greenhouse vegetable growers agree there is a common interest in sharing in a healthy economic well-being, the recent announcement relating to significant increased minimum wages combined with proposed changes to the employment standards, signals the imminent closure of many family-run greenhouse farms.

“As with any business, greenhouse farming requires a stable business climate that allows for the responsible planning of future investments,” notes the OGVG. “For a sector still recovering from an onslaught of regulatory burden and government-imposed costs, such as cap and trade, paying an additional $3.60/hour for each worker is an insurmountable hurdle.”

The OGVG estimates the additional expense will cost the sector over $30 million next year, and another $40 million the year after that. Specifically, this represents a 35 per cent increase in labour costs.

“No business can absorb this type of significant impact without consequences,” notes the OGVG. “The short-term consequences will include the loss of small farm operations, reduced availability of local produce and an increased presence of imported produce on the grocery store shelves.”

OGVG would encourage the government to undertake a full economic impact assessment prior to implementing this type of drastic change.

“Our sector is already reeling from the most recent impacts of cap and trade,” said OGVG chair George Gilvesy, and “this ‘piling on’ of costly policies will undoubtedly put an end to an enviable growth story for Ontario greenhouse vegetable production.”

For a capital and labour-intensive sector struggling to remain competitive, this latest news out of Queen’s Park will make it even harder to stem the flow of greenhouse investment to neighbouring U.S. states and Mexico.

“Labour makes up the largest single cost in the production of greenhouse vegetables and changes of this magnitude make it impossible to plan and invest in the future,” said Gilvesy. “We need the government to work with us to ensure further greenhouse growth and investment remains in the province.”

ABOUT OGVG
OGVG is responsible for licensing all growers, packers and marketers of Ontario greenhouse tomatoes, cucumbers, and peppers. Currently, OGVG has over 200 growers, representing nearly 2900 acres of high-tech hydroponic greenhouse production.