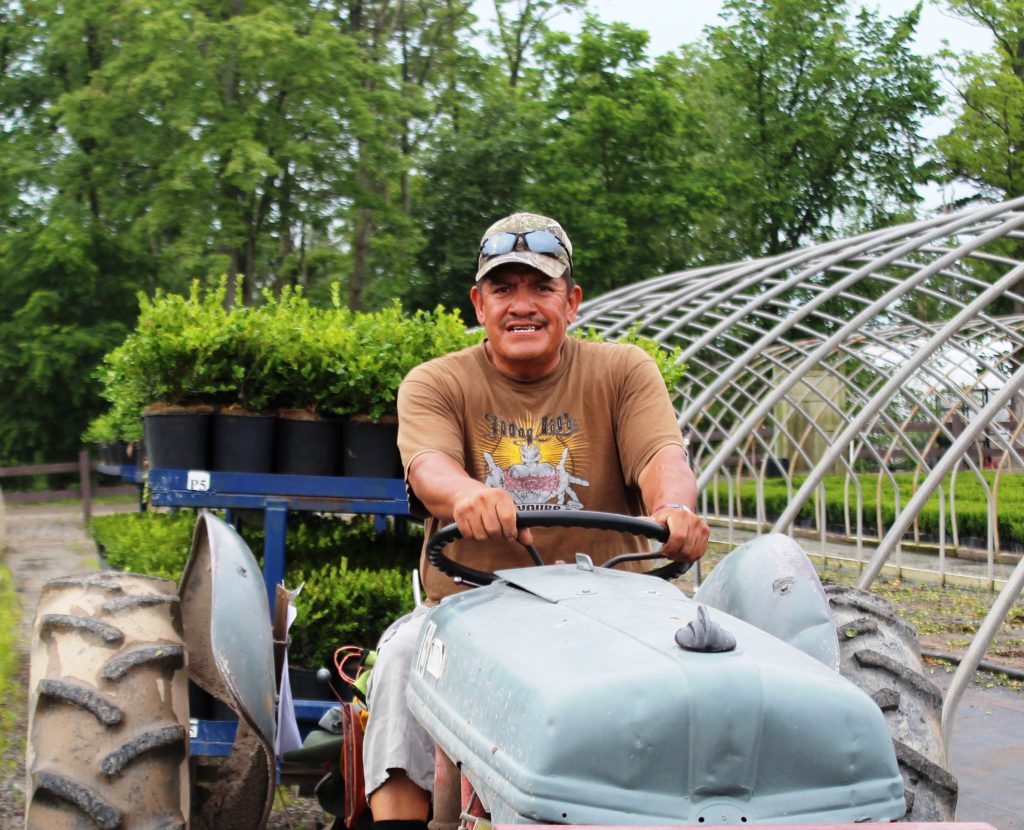 This Christmas will be a time of special celebration for José Vega Garcia, who feared that he might not live to spend the holiday with his family.

Garcia, a Mexican citizen who has worked as a seasonal labourer at an Ontario nursery for several months per year over the past 16 years, says he owes his life to the kindness and professionalism of the people he works with at Willowbrook Nurseries in Fenwick, Ont., healthcare workers and a community that rallied to help him.

“It is something that I am very grateful for to the Canadian government, to the medical services, to the nurses, and to the prompt intervention of my employer and the medical service, which was very fast and very efficient,” he says. “It is a service that I am very grateful for because they brought me back to life, and it is a quality service that they give to the patients, all patients, no matter where they come from.”

Garcia, 55, suffered a stroke while working at the farm on August 3, which turned out to be only the beginning of a health crisis that put his life in jeopardy.

While undergoing rehabilitation to learn how to walk again at Hotel Dieu Shaver Health and Rehabilitation Centre in St. Catharines, his medical team discovered what had caused his stroke – a large benign tumour in his heart that was pressing on an artery and restricting blood flow to his brain.

Garcia underwent open heart surgery at Hamilton Health Sciences in early October to remove the mass and eliminate the threat of another stroke or a potentially fatal heart attack. With the underlying cause of his stroke fixed, Garcia was able to focus on his rehabilitation and recovering from effects of the stroke that have left him with continued weakness on his left side.

As grateful as Garcia is for the first-class medical care he has received, he is equally thankful for the outpouring of support he received throughout the ordeal from his employers and coworkers Willowbrook Nurseries, as well as numerous others in the community.

In the midst of a pandemic and various travel restrictions, Willowbrook went to great lengths with the assistance of the Consulate General of Mexico to get the necessary approvals in place to fly Garcia’s son, Tony, to Ontario so he could be at his father’s side. Willowbrook provided Garcia’s son a house in Fenwick where he could live throughout his stay at no charge, including everything he would need, such as groceries, internet service and medical insurance.

Willowbrook covered the cost of a hotel room for Tony for a week so he could be with his father every day in hospital in Hamilton before and after his heart surgery.

With the help of a local advocate for international seasonal labourers, Pastor Wilfred Bout, a team of volunteers from the community drove Tony for daily visits with his father while he was in hospital. Willowbrook also coordinated visits for Garcia’s friends and coworkers on weekends.

When Garcia’s lost wages insurance benefits reached their limit after eight weeks, Willowbrook placed Garcia back on the payroll and paid him for 40 hours per week until he was well enough to return home to Mexico on Dec. 1.

“I will be forever grateful to my Willowbrook bosses, who always saw me, treated me, and did everything to make me feel that I was part of their family,” Garcia says.

Rossana Barrera, a human resources manager at Willowbrook, was heavily involved in coordinating the company’s efforts to help Garcia because she is a native Spanish speaker and oversees programs for international workers contracted at the nursery through the Seasonal Agricultural Workers Program.

“It was overwhelming to part of process helping José and his son. The teamwork that had to take place to make it happen was incredible,” she says. “I am just thankful that he’s been able to go home and be with his whole family.”

Like Barrera, Pastor Wilfred Bout, who helped coordinate community support for Garcia, says he was deeply impressed by everyone who has lent a hand to help in Garcia’s road to recovery.

“José is a remarkable man,” he says. “He was determined to give his best effort in all therapy sessions.  Despite his own personal pain and discomfort, he was often thinking of others. He also made friends while at Shaver, and continues to be in touch with them now that he is in Mexico.”