The program was initiated by Priva, Beekenkamp and the Demonursery Westland and based on the well-known flower trials concept. 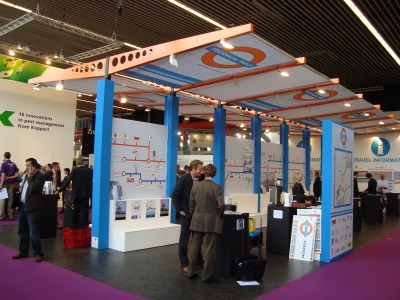 Organizers were encouraged by the feedback.

“This year we wanted to introduce the Technical Trials to Horti Fair visitors,” said Priva marketing manager Jan-Hugo Nuijt. “Despite the fact there weren’t a lot of visitors, those who did attend reacted very positively. Also, the international media showed considerable interest in the program. The concept has proven itself for the future.”

Peet van Adrichem, managing director with Demonursery, agreed. While the numbers were low, “the quality and interest of the visitors was quite high and this is perhaps even more important. Besides, we didn’t expect large numbers yet. This was the kickoff year and people still have to get familiar with this new initiative.”

Too few people knew about the event this year, said Rob van der Helm, marketing manager with Beekenkamp. “The next edition will be focused more on international exposure. The organization expects growth by more targeted marketing and the debut of Dutch Hortiweek next year.”