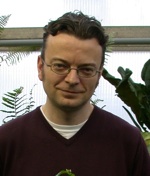 – the monocots – will be supported by a grant of nearly $2.9 million by the U.S. National Science Foundation under its Assembling the Tree of Life (AToL) Program.
Monocots (including such groups as grasses, sedges, palms, gingers, bananas,

orchids, onions, yams, pondweeds, and philodendrons) comprise more than 65,000 species of flowering plants, occur in almost all habitats on Earth, and provide the basis for the great majority of the human diet. Monocots also account for much of the commerce in cut flowers and horticultural bulbs such as crocuses, irises, hyacinths, tulips and lilies. They dominate grasslands, seagrass beds, bamboo thickets, many wetlands, and are especially common on extremely infertile soils.

The research team includes Sean Graham of the University of British Columbia Botanical Gardens. He is a key investigator on relationships among monocot orders, with a special interest in mycoheterotrophic (non-green) monocots that make their living by parasitizing fungi rather than photosynthesizing; he is also expert on orders Dioscoreales (yams and relatives) and Pandanales.

Previous attempts to analyze relationships among different monocot groups have made substantial progress over the past decade, but they have fallen short of producing a complete picture, perhaps because many major groups diverged more than 90 million years ago, leaving only subtle and difficult-to-detect traces of deep relationships in their form and genetic material.

A consortium of investigators at seven North American institutions – including Cornell, New York Botanical Garden, Penn State, University of British Columbia, University of Georgia, University of Missouri, and University of Wisconsin-Madison, as well as more than 30 collaborators worldwide – plan to use a revolutionary approach to develop a definitive family tree for the monocots over the next five years, and then use it to infer relationships among different groups and their evolutionary history across the globe.

For the first time, hundreds of whole chloroplast genomes (the circles of DNA inside the green organelles that conduct photosynthesis) will be sequenced and analyzed. Almost all previous studies using DNA to infer plant relationships have relied on sequences of only one or a few genes or spacers between genes. The new AToL approach – which will depend on collecting 600 monocot species around the world, from the jungles of southeast Asia, to the rich fynbos of South Africa, to the tops of the famed “Lost Worlds” of northern South America – will provide sequences for more than 100 chloroplast genes and, in many cases, the spacers between them, providing an avalanche of new data with which to assess evolutionary relationships. All the evolutionary history that can be wrung from the chloroplasts will thus be captured in this pioneering effort.

Sequencing the plastomes should also provide – at essentially no additional cost except computer analysis – the DNA sequences of all genes in the mitochondria, the organelles that conduct respiration within cells. The AToL team also plans to sequence transcriptomes – that is, the entire complement of RNA expressed from DNA – from the young leaves of several dozen monocots. For each species, the transcriptome sequences will provide information on thousands of nuclear genes. The unparalleled amount of genetic information from all three plant genomes should provide the most powerful analysis of relationships among any group of organisms studied to date. The monocot investigation is the first large-scale study to take advantage of the twin revolutions in sequencing technology and computer DNA analysis that have occurred in the last three years, making their phylogenomic approach possible.
The monocot AToL consortium will also score 600 living monocots under study and 75 fossils for over 200 morphological characters. This effort will permit the investigators to determine what traits characterize different groups, and to infer how such traits have evolved over millions of years of monocot evolution.

The resulting insights into the family tree of the monocots will provide the foundation for many new studies in physiology, ecology, biogeography and genomics. The transcriptome study, in particular, offers the hope for widespread discoveries of new genes associated with traits that are absent from the few model plants (for example, rice and corn) that have been studied previously, and may provide new insights into plant development and physiological capacity. Moreover, comparisons of nuclear, mitochondrial and plastid genes from diverse monocots will greatly enhance understanding of gene and genome evolution throughout the history of flowering plants. Plant breeders will be especially interested in using these data to unlock vast vaults of novel genes that could be introduced into key crop, forage and ornamental plant species.

Web access to the data, family trees, and conclusions from the study will be provided to researchers, students and teachers around the world. Team members will develop a travelling exhibit to convey key findings at high-profile venues in New York, Chicago, Denver, and Berkeley. A children’s monocot garden – and a planting list for other gardens around the country – will be developed at the New York Botanical Garden.