News
New licensing requirements for job recruiters in BC 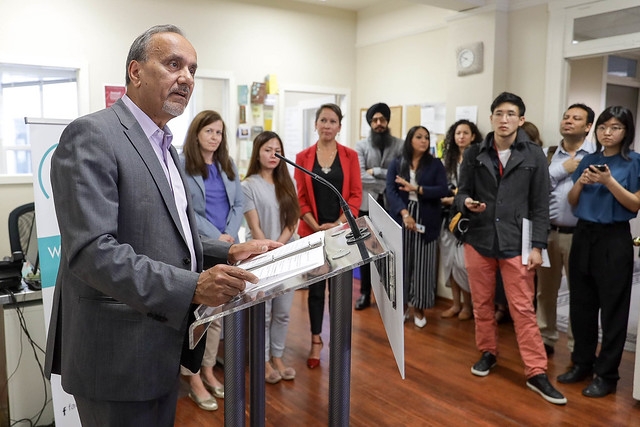 Foreign workers who help fill labour shortages in a wide range of B.C. sectors will be better protected under a new government licensing requirement for recruiters.

Those recruiters who help secure employment in B.C. for foreign workers have until Oct. 1, 2019, to acquire a licence.

This new licensing requirement will give better protection to workers new to Canada, including people who enter under the Temporary Foreign Workers Program and are more vulnerable to abuse in the workplace. Information about licensed recruiters will now also be available online in a searchable registry so that employers and foreign nationals will know which recruiters are licensed and in good standing.

“Workers coming to a new country must be confident that their rights are protected and that abusive recruiters will be held accountable,” said Harry Bains, Minister of Labour. “Licensing will help regulate the recruiting industry in B.C. and will ensure a level playing field for those recruiters who treat workers fairly.”

Recruiters must be licensed in B.C., even if their business or main operations are located outside of the province. A licence is for an individual recruiter, not for a company or business. There is no fee for the licence, however, recruiters must submit a security bond of $20,000 that will be held in trust.

Recruiters who operate without a licence or contravene the Temporary Foreign Worker Protection Act in other ways could face monetary penalties of up to $50,000, be imprisoned for up to one year or face both.

Recruiter licensing is the first phase of bringing the Temporary Foreign Worker Protection Act into force. It will be administered through a new unit within the Employment Standards Branch. The second phase – expected to be launched later this year – involves establishing a new registration requirement for employers who hire temporary foreign workers.

More than 500 recruiters are anticipated to apply for the licence. With this new process, B.C. joins other provinces in Canada that have licensing requirements for recruiters of foreign workers, including Manitoba and Saskatchewan.

For details on licence applications and eligibility, visit the BC Ministry of Agriculture website