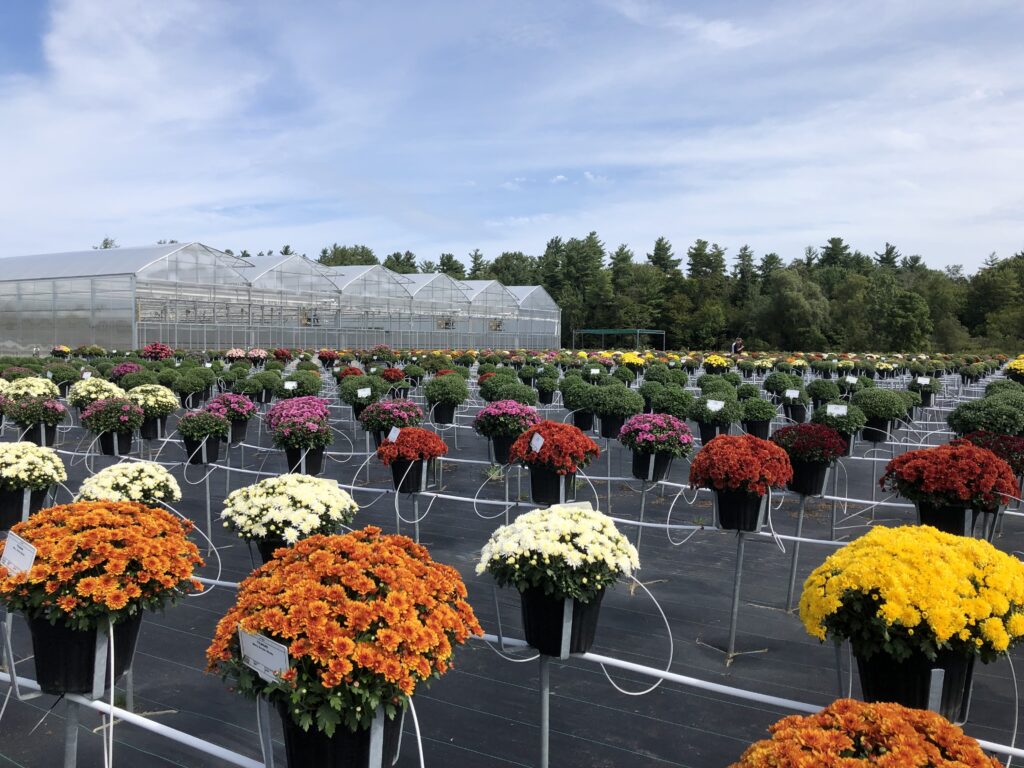 Held in Waterford, Ont. and home of their annual new varieties trial site, organizer and greenhouse consultant Melhem Sawaya says they had close to 400 different mum varieties on display this year.

Attendees were able evaluate the performance of garden mums for early, mid and late-season. This information can help growers reduce PGR use and schedule their mum varieties based on performance. “There were cool enough nights in early August to set buds,” says Sawaya, even amid the heavy winds and rain.

Travelling from Niagara-on-the-Lake, Ont., Jared Hielema of Sunshine Express Garden Centre walked among the trial looking for big, flowering varieties with rounded habits. The garden centre has its own production facility, and they’re particularly interested in something with ‘presence,’ says Hielema. Something on the larger side with a pleasing flower-to-foliage ratio. 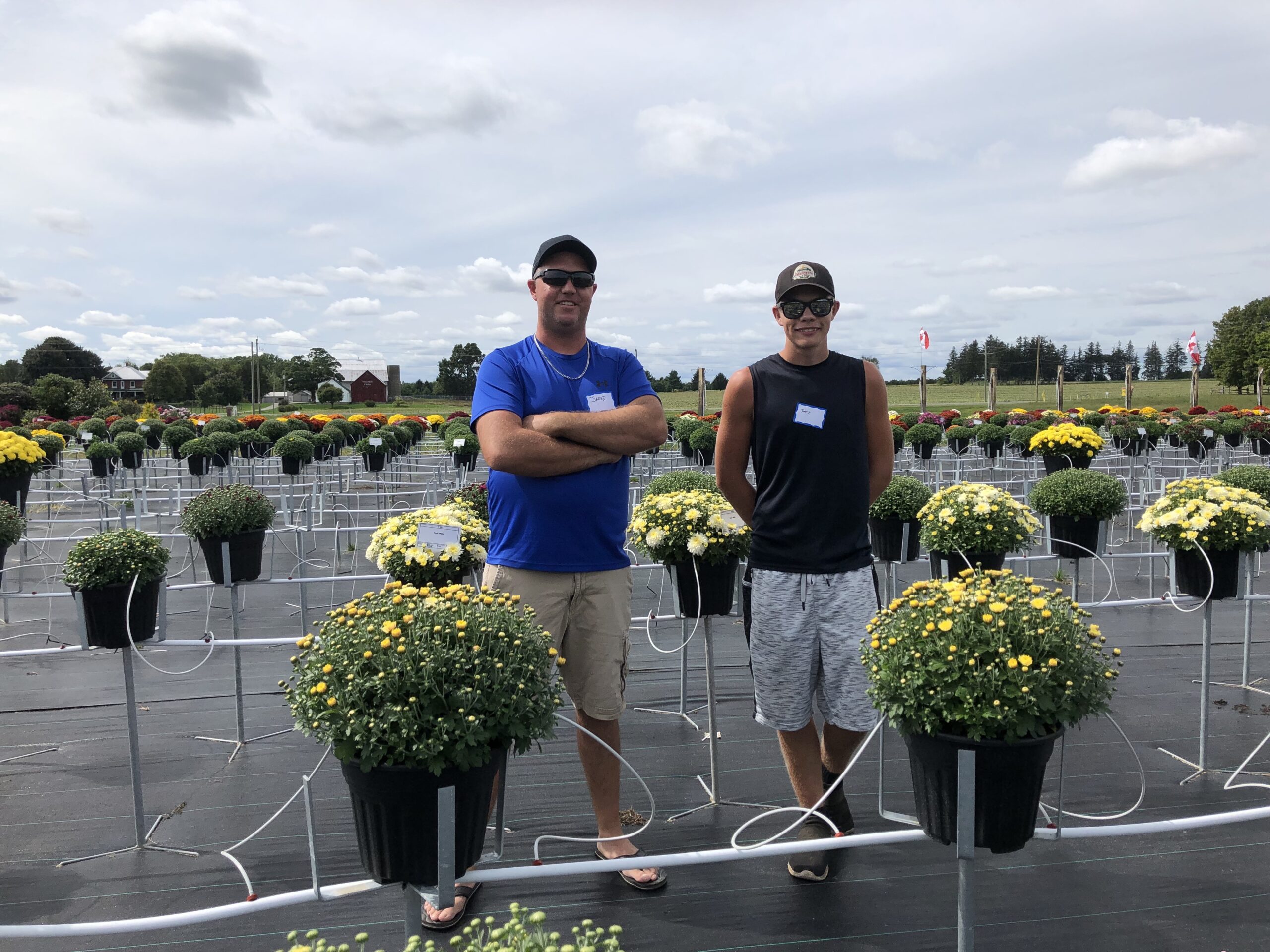 Dümmen Orange representatives QiuXia Chen and Rick Rabb were on site for the official open house. With just six to seven years on the market, Dümmen Orange is relatively new to the segment compared to some of the other breeders and brokers present. But that means the team is keeping a close eye on performance. 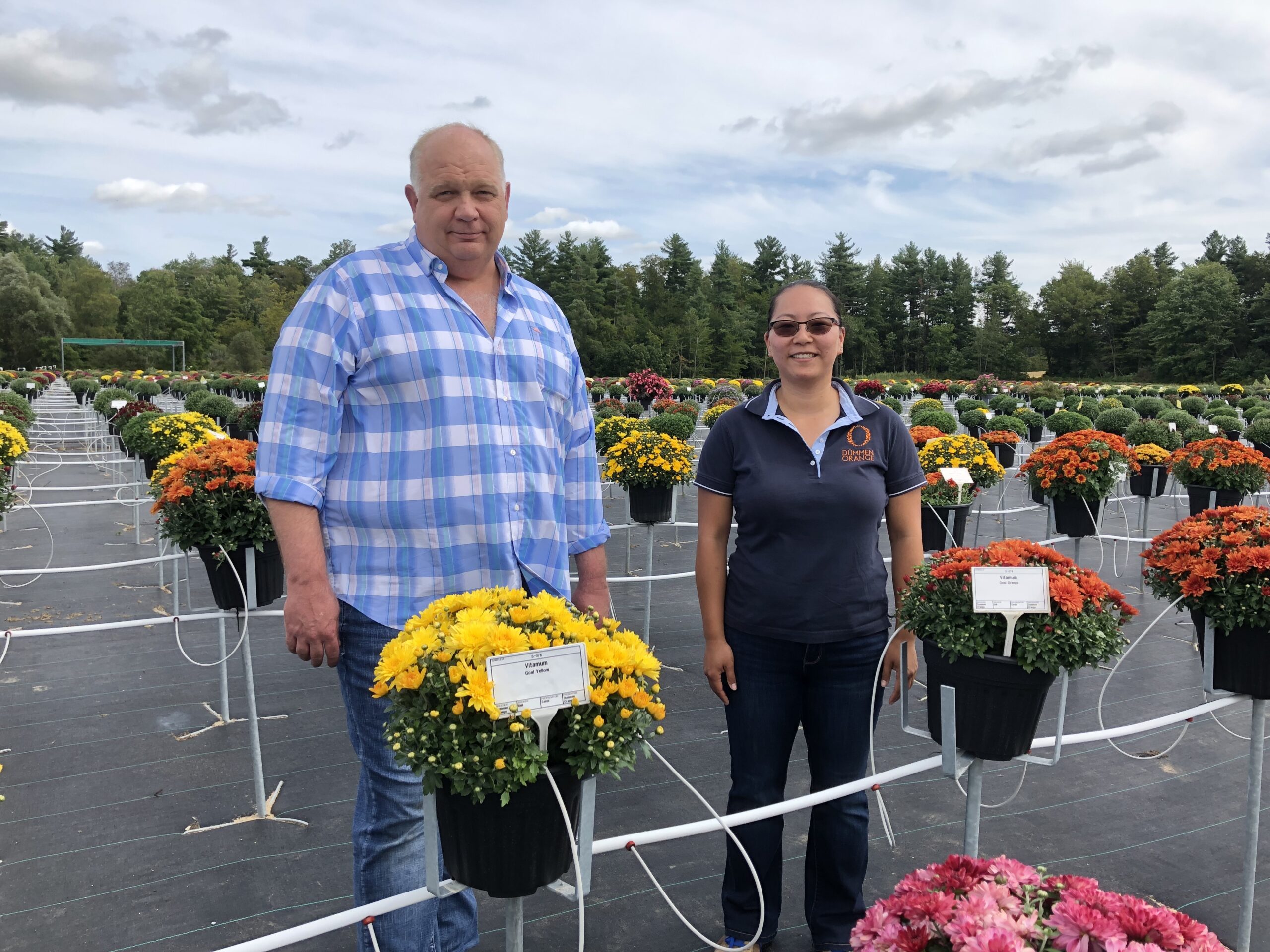 These varieties are grown without PGRs, littler fertilizer and without higher feed, Rabb says of the trialled mums. Breeding trends are leaning towards larger, longer lasting flowers that go well into August and September.

As for market demand, he’s seeing more colour on retail shelves compared to 2020. “Last year in the height of COVID, growers were shipping very tight, sometimes green mums. This year, customers are waiting to see colour and decorate appropriately,” he says, noting the many colours and choices of mums that consumers can now choose from.

Tina Moran from Otter Greenhouses made the journey from Port Perry, Ont. She was on the hunt for a “late-red,” which she says can be hard to find. With operations further north and mums grown indoors, it takes them almost two additional weeks to finish a product compared to those trialled in Waterford. 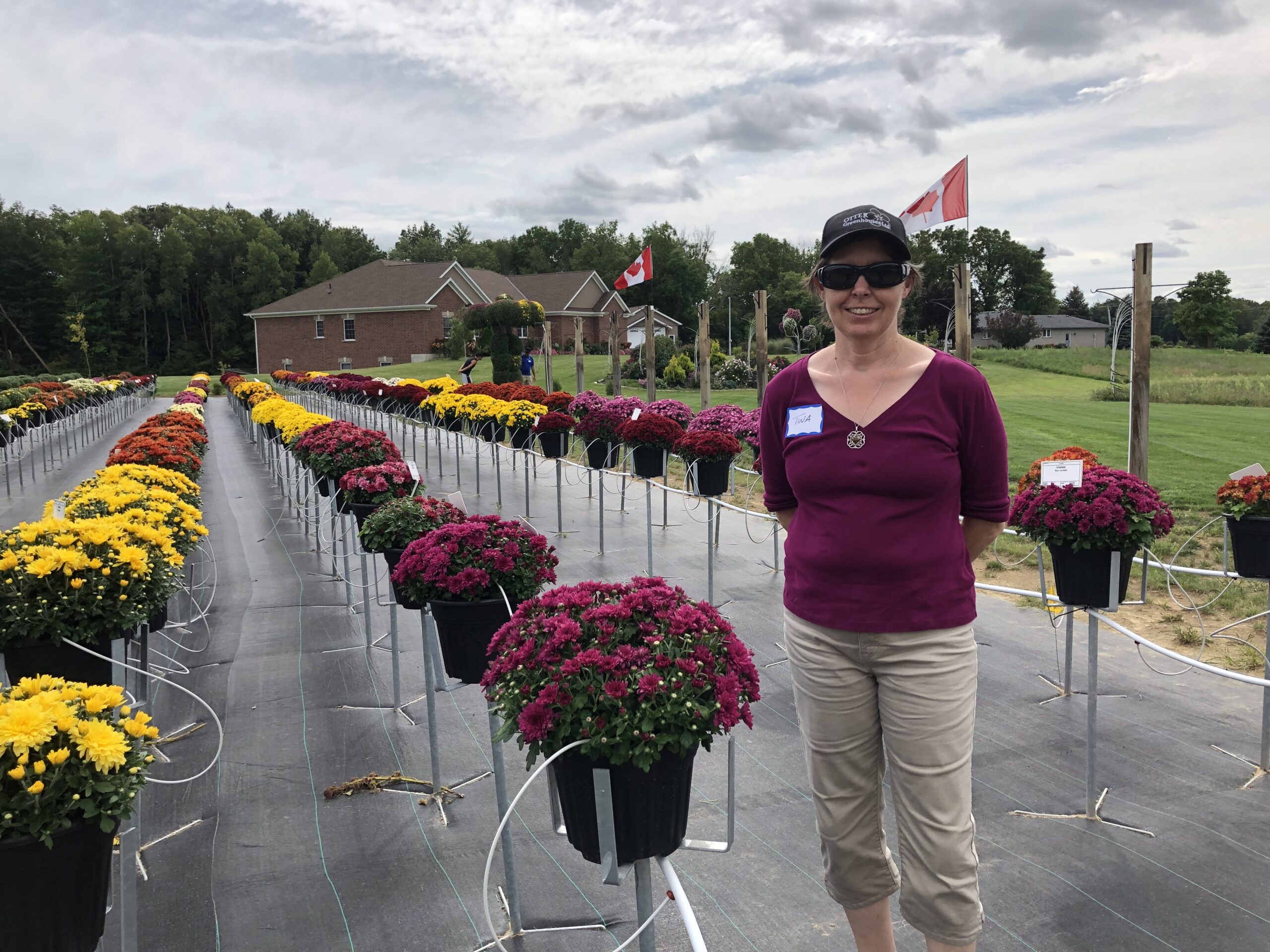 Every store wants them a bit earlier, says Sawaya. This forces breeders to create earlier varieties, which can make it difficult to juggle the rest of the desired traits.

By showcasing genetics from different breeders and brokers, Sawaya hopes to expose growers to new genetics on the market. Without competition, there is no improvement, he says. 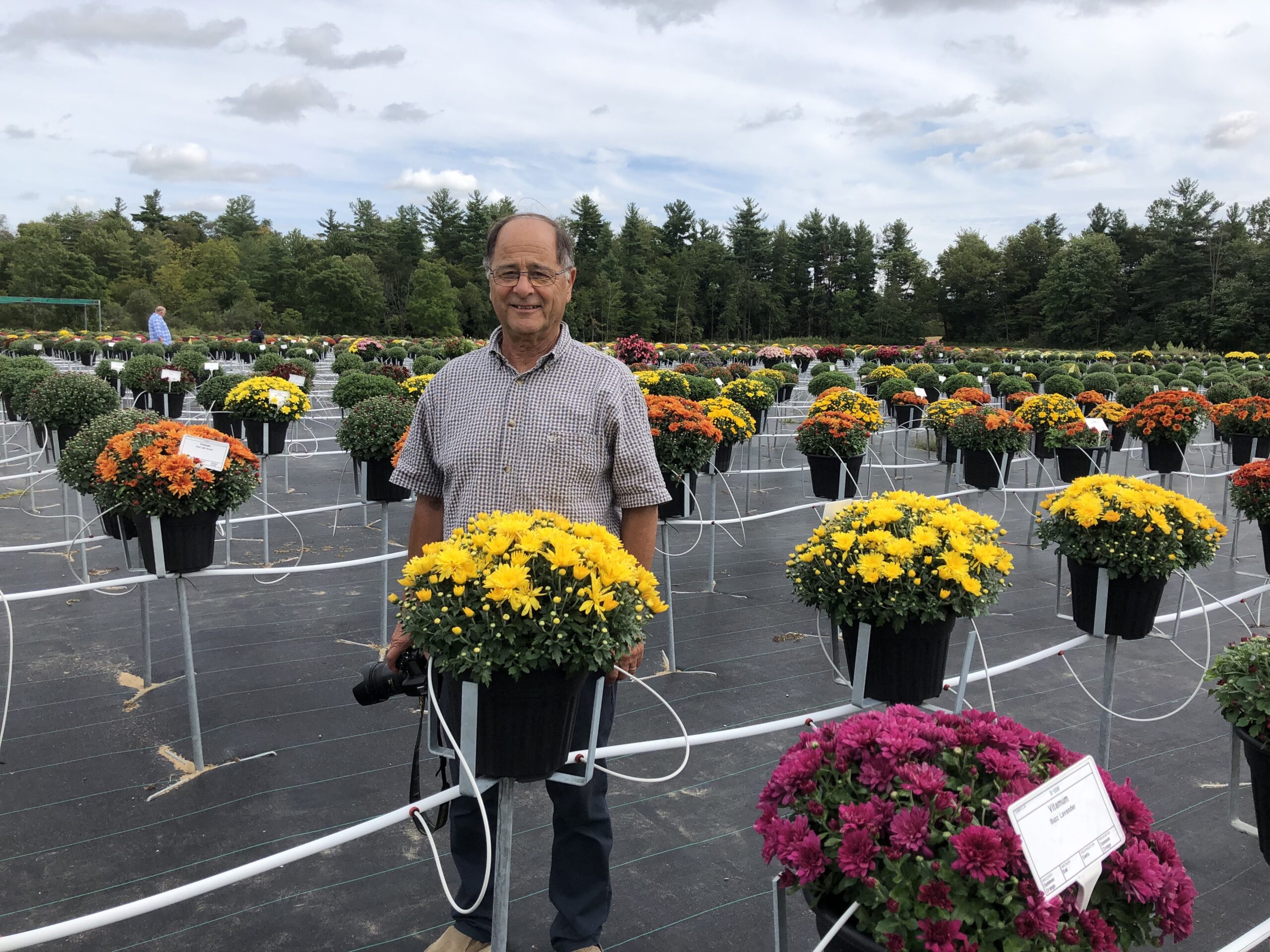 For organizer Melhem Sawaya, education is a key goal of the mum trials.