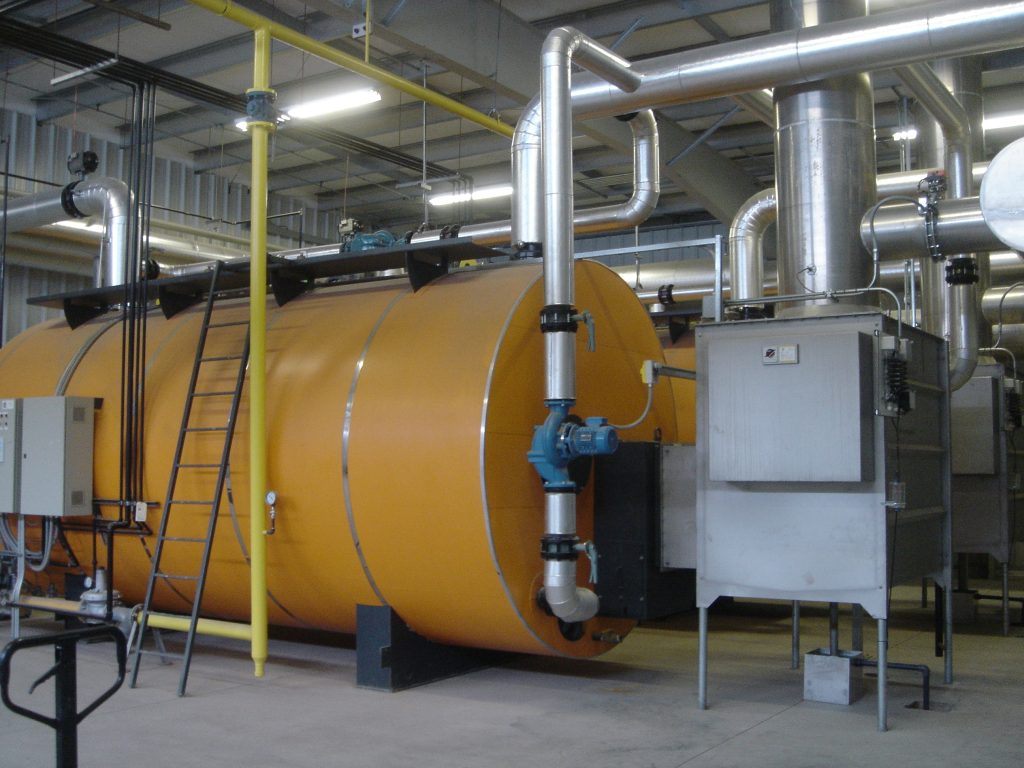 A new Energy Edge feature story explains how to manage boiler systems for top efficiency – and how to review the best options for timely upgrades.

While new boiler systems are easier to manage than older ones, many greenhouse operators are still managing their older systems – and a strong focus on that management is critical, says Byron Landry, an industrial energy advisor and president of Ottawa-based Byron J. Landry and Associates.

He regularly works across southern Ontario in the greenhouse and other sectors, and says boiler optimization ‘boils down’ to vigilance.

“You can only give technology about a third of the credit for energy efficiency and optimizing performance,” Landry notes. “It’s the people who make up the other part. Their habits, attitudes and actions are critical.” 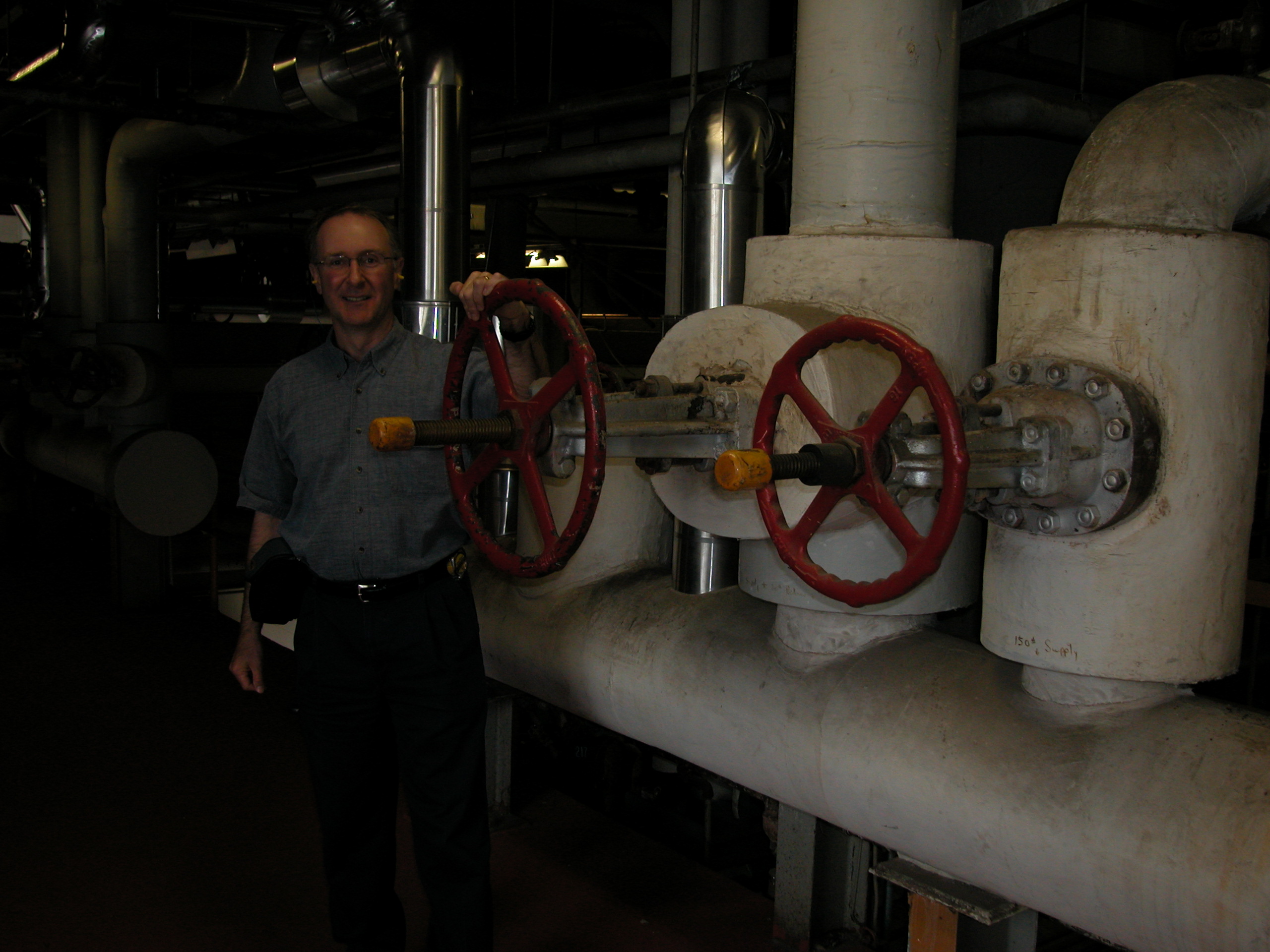 Both hydronic (hot water) boilers and steam boilers are found in greenhouses. Edward Mulcaster, controls technician at Gryphon Automation in Leamington, Ontario, sees about equal numbers of hot water and steam boilers in that area of the province. “There seems to be a solid allegiance to both,” he notes. “Steam systems are apparently cheaper to install, and they are an easier system to expand. However, hot water heating is a little more even over the greenhouse.”

Industrial Boiler Specialties Ltd. in Leamington also sees many of both types of boilers. “By far the most common heat distribution system for the newer ranges is hydronic,” observes co-owner Dino Lusetti.

He notes that there are particular advantages to both, but that generally speaking, the design of a steam boiler with heat exchanger better protects the boiler vessel from thermal shock and other metal corrosive effects. “That results in far less boiler maintenance and repair in the long run,” he says, “but there is a higher initial capital cost with the addition of the heat exchanger.”

The first step in optimizing boiler efficiency in Landry’s eyes is to better get to know your system.

“As you get to know the performance of both [your primary and backup] boilers, you may notice that with the large duty boiler, you’re getting quite a lot of radiation heat losses when it’s firing at low fire,” Landry says.

“Secondly, depending on the nature of burner controls, you can get cycling on and off with an oversized boiler, which results in more heat loss” (as opposed to a smooth boiler operation with appropriate modulation available with new models).

With cycling, a boiler in the “off mode” has to go through a purge action to remove trapped gases before it comes back on, and this gas removal removes trapped heat as well. “In some situations, it may be better to run the smaller burner continuously, especially in the spring/fall shoulder seasons,” Landry notes.

Mulcaster points out that hot water boilers allow a reduction in cycling, as the hot water can be stored and its heat used later. “With steam, you have no choice but to produce a little at a time and turn the boiler on and off,” he says.

To optimize each boiler’s efficiency, testing is critical. “Do combustion tests at least annually,” Landry advises. “This will tell you the efficiency of your boiler at a number of firing rates.”

He also stresses that tuning and adjustments should be done at that time and not later. “What I sometimes see is that outside tradespersons do combustion efficiency tests and give the results and leave,” he notes. “Fix the issues at that point.”

Mulcaster agrees that having testing/control specialists and boiler specialists present at testing time (so that adjustments can be made immediately) is a good idea.

These tests and adjustments are best performed in the winter, as the density and relative humidity in the air is different in summer, and affects burner operation.

The testing and tuning produces diagnostic set-points against which you can measure boiler performance.

Combustion testing, for example, says Landry, will include test stack temperatures. If they are abnormally high, your internal boiler surfaces need cleaning; the scaling/deposition is impeding heat transfer within the boiler, resulting in heat being lost up the stack.

“Similarly, if oxygen levels are too high in the exhaust,” he explains, “it means efficiency is down and if these levels are too low, you are also running the risk of generating harmful CO or unburnt combustible gases.”

A properly tuned boiler should have, at most, only trace amounts of CO (single digit ppm) and no combustible gases.

“The best strategy may be to use both boilers, rather than just use the large primary boiler, if results show it’s wise to do so,” he notes. “During a mild November, for example, why fire the big boiler at low fire, when I can fire the smaller boiler at a higher firing (and possibly, higher efficiency) range? Properly sequencing the operation of both boilers, in conjunction with combustion tune-ups, can save two to five per cent annual savings in fuel, which can be a large savings if your fuel expenditures are large.”

“The problem for the greenhouse heating application is that swings in load demand happen quickly – sun up to sun down – and are of large magnitude,” he notes. “This far exceeds the ability of conventional control of burner modulation to respond quickly enough, and the firing range of conventional burners is limited.”

Typically, burner “turndown” is limited to a 4:1 ratio, he says, but modern burners presently available for retrofit on existing boiler vessels offer ratios of 8:1, or even better.

“In short, whereas simple mechanical cams and linkages are used to operate the air damper and fuel valve on a conventional burner,” he says, “these linkage-less systems utilize high-precision servomotors, which are direct-coupled to air and fuel metering devices.”

“Most importantly, these set-points are ‘repeatable’ over a much longer period of use,” Lusetti says. “This is due to the added precision of servomotors when compared to mechanical linkages, which are subject to wear and loosening or ‘play.’” Very little adjustment is needed even after one year of operation, but with conventional burners, adjustments are often warranted every two months during winter.

In addition, Lusetti notes that variable speed drives are now often used to control the burner blower motor, and that the potential savings involved with these are well known.

“Finally, this is all tied together in the burner management program, which uses a targeting algorithm to effectively recognize early and predict swings in load demand,” he says. “This is done at very high frequency – a sampling rate in milliseconds – using a very sophisticated algorithm.”

It’s this feature “that is really the key to minimizing boiler/burner cycling, thereby optimizing boiler/burner operational efficiency,” he notes. “We have many of these in operation – more than two dozen retrofits and about the same number of new burners that were specified that way. One of our retrofits was thoroughly tested by Union Gas before and after to measure efficiency gains.”

Mulcaster says that over the last couple of years, Gryphon is also starting to do more modifications of older boilers to provide more precise control and modulation.

“I can’t provide numbers on how quick the payback is, but making these modifications is also a matter of boosting convenience,” he says. “It allows easier and better remote control at a desktop interface, and I would think adjustments to the boiler operation are more likely to get done if you can do it with a click of a mouse, as opposed to manual adjustment of older boilers. That usually involves climbing up, getting out the proper tools and so on, and obviously takes much longer.”

Regarding new efficiencies now available, Landry notes that those greenhouse operators needing to replace their boiler should take a close look at condensing boilers.

“They are a proven technology, but I have rarely seen this in an Ontario greenhouse,” he says. “These systems allow you to recover more heat.”

Landry also recommends the purchase of a boiler with the ability to fully modulate and efficiently adjust burner firing rate according to seasonal loads.

“When you do need to replace an old boiler,” he adds, “do a full engineering analysis to make sure your new boiler is right-sized according to the load required.”

A few large greenhouse operations in North America with access to a steady supply of quality feedstock are switching their heating systems from natural gas to wood chips.

One such operation is North Carolina-based Metrolina Greenhouses. The company is using a federal grant and loan, as well as national carbon-reduction funding provided by Chevrolet, to build a four-boiler system.

Meanwhile, at the University of Illinois (UI), agricultural engineers have created a small-scale gasified biomass boiler. The downdraft, partial-oxidation gasifier converts low-moisture, solid biomass into a mixture of gas, tars and ash. The gas mixture is cleaned before being burned in the boiler like natural gas.

Funk says gasified biomass boilers are of similar efficiency to natural gas boilers, but the gas itself has only 10 to 15 per cent of the energy content of natural gas (its methane content is 20 to 40 per cent by volume compared to natural gas).

He also says gasified biomass boilers are not as easy to adjust. “They run full out, all the time,” he notes.

Funk says an overall cost-of-operation comparison would come down to pitting the cost of natural gas against the cost of a dry feedstock. Funk and his team are also studying the returning of the ash, which contains significant amounts of phosphorus and potassium, to cropland.

Treena Hein is the editor of Energy Edge.