Jan.
21, 2010, Vijfhuizen, the Netherlands – The International Floriculture Trade
Fair (IFTF) is launching a new trade exhibition dedicated to the promotion of
the international floriculture industry. 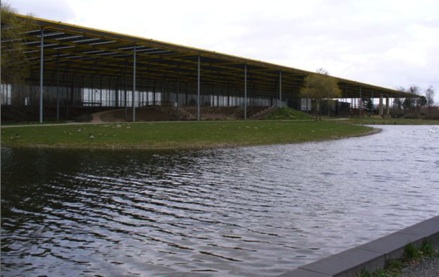 Jan.
21, 2010, Vijfhuizen, the Netherlands – The International Floriculture Trade
Fair (IFTF) is launching a new trade exhibition dedicated to the promotion of
the international floriculture industry.

After
it became clear that the national Dutch horticulture exhibition Horti Fair was
not going to move their show dates to the first week of November (as requested
by a large group of traditional floriculture exhibitors at the event), the
decision was made to organize the new trade fair IFTF.

It
will take place from Wednesday, Nov. 3, to Friday, Nov. 5, in Expo
Haarlemmermeer, Vijfhuizen, the Netherlands.

Expo
Haarlemmermeer is a facility that was designed, built and used especially for the
world-renowned 2002 world flower exhibition Floriade. It is a state-of-the-art
greenhouse type of hall and situated about 15 minutes – and a 10-kilometre
distance – from the Aalsmeer Flower Auction.

The
wish of a specialized trade fair for the flower and plant industry has been
felt already for a long time. Further­more, the desire to have such a fair in
the first week of November has been there since the dates changed to
mid-October (from November) three years ago.

The
fact the new trade fair will be held the same dates as the FloraHolland Trade
Fair (a show organized by the flower auction FloraHolland inside the auction
for their members and buyers) has been received very well by both exhibitors
and visitors from inside and outside the Netherlands. In addition, various
exhibitors are planning to have open houses during this week as well.

A RETURN TO SHOW'S ROOTS

Organizers
feel this will offer an excellent mix of activities to put Holland back on the
map in the world of professional international flower trade exhibitions.

HPP
Exhibitions, a Dutch-based trade show organizer that specializes in the
organization of flower and plant trade fairs, is organizing this new trade
fair. “The goal is to get back the image the flower show had years ago when the
show took place yearly in the flower auction Aalsmeer,” says HPP. This show
later entered into a joint exhibition with the technical horticultural
exhibition NTV and was moved to the RAI exhibition centre in 2000.

“We
want our flower exhibition back, just as it was before,” a rose breeder
recently said. HPP
Exhibitions general manager Dick van Raamsdonk said that’s the goal. “For over 25 years,
we have specialized in the organization of flower and plant trade shows abroad.
Floriculture trade fairs are our profession. We either organize the fairs in
countries where the flowers and plants are grown and we bring in the buyers, or they are held in
the country where flowers and plants are being sold and we bring in the growers.
Holland has both elements, and is therefore an excellent country to combine everything
in the same week, together with other related events.”