Insurance will be one of your first purchases when considering entering into cannabis production. Expert advice is the key. 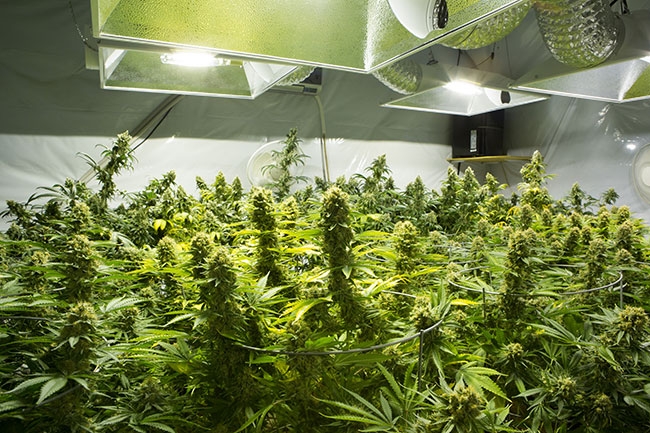 Canada is emerging as a world leader in cannabis production. Photo: Getty Images

December 2017 – Many cannabis producers have experienced this story: they’ve acquired a grow licence, but when they disclose this to their insurance agent, they are advised that their present insurer is no longer willing to insure them. The agent advises that options are limited, and the insurance must now be purchased from a specialty insurance market.

They secure quotes, but how does the producer make heads or tails of them? What do they need to know to pick the right coverage?

To begin, it’s best to divide the policy into two sections: Property and Liability.

Named Perils: This only provides coverage for the perils identified or “named” on the policy. The coverage is rudimentary, and has the most restrictions. Typically, only damage caused by the following are covered under this policy: Fire; Lightning; Windstorm or Hail; Explosion; Smoke; Vandalism; Aircraft or Vehicle Collision; Riot or Civil Commotion; Sinkhole Collapse; Volcanic Activity.

It’s important to note that while this policy expands coverage found under the Named Perils policy, it is still subject to many restrictions.

All Risks: This is the most desirable form of property coverage as it has the fewest restrictions. Unlike the other two, this policy covers any property damage claim unless it’s excluded by the policy. The exclusions are too numerous to list in this article, but include restrictions to types of property such as furs and jewelry, or perils such as damage caused by contamination, shrinkage or insects.

The exclusions that are common to all three coverages can include damage caused by Earthquake, Flood, Sewer Back-Up/Water Damage, War, Nuclear, Pollution, Criminal Acts (by you as the insured). Coverage for some of these (i.e. Earthquake, Flood) can be added back to the policy for an additional price (premium) while other perils such as War, Criminal Acts, etc. are not available at all.

Canada is emerging as a world leader in cannabis production.

While Property is the more tangible portion of the policy, Liability is a little more challenging to understand. Liability insurance is meant to pay the compensatory financial damages (i.e. settlement money) that the producer is legally obligated to pay to a third party (i.e. the customer) when they have been injured due to the producer’s negligence. Equally as important, it is also meant to pay the legal expenses incurred for your defence. With liability insurance, there are normally two coverage options:

Premises Liability: As its name implies, Premises Liability is meant to cover claims that occur strictly on the premises. The most common claim example is someone suing for slipping and falling while on the producer’s property. Between the two coverages, it is normally the least expensive option, however it’s major drawback is that it does not cover the business’ operations as a cannabis producer.

Commercial General Liability: Commercial General Liability is the coverage that fills that gap, and covers the producer for claims stemming from the production of cannabis. It is important to point out that not all CGL policies are made equal. To ensure your business operations are covered, it must include a Products and Completed Operations clause. Without it, it is not that much different from Premises Liability coverage.

This clause is especially important for those producers who are appointed to grow on behalf of a licensee. For example, a licensee falls ill, and files a suit accusing the producer of using harmful pesticides. Even if the suit is unfounded, the producer still faces steep legal bills to prove their case and absolve them of any wrongdoing. With a Products and Completed Operations clause, the insurer will cover claims originating not only from the cannabis, but the production of it as well.

Whether the producer is a national production centre, or a home-based grower, Commercial General Liability can make the difference between continuing your business or declaring bankruptcy. Now there are additional coverages that can be purchased as well such as Crime (insures robbery or theft of money, securities, Electronic Fund Transfers), Business Interruption (insures your business’ cash flow), Equipment Breakdown (insures property damage to equipment due to mechanical breakdown or electrical shorts), and many others.

To identify which extensions are right for you, or to determine the effectiveness of your own insurance policy, get in touch with an insurance broker with a strong background in the cannabis industry. They will have the knowledge and training to completely assess your insurance needs.

Rommel Montes is an underwriter with O2 Insurance Services Inc.