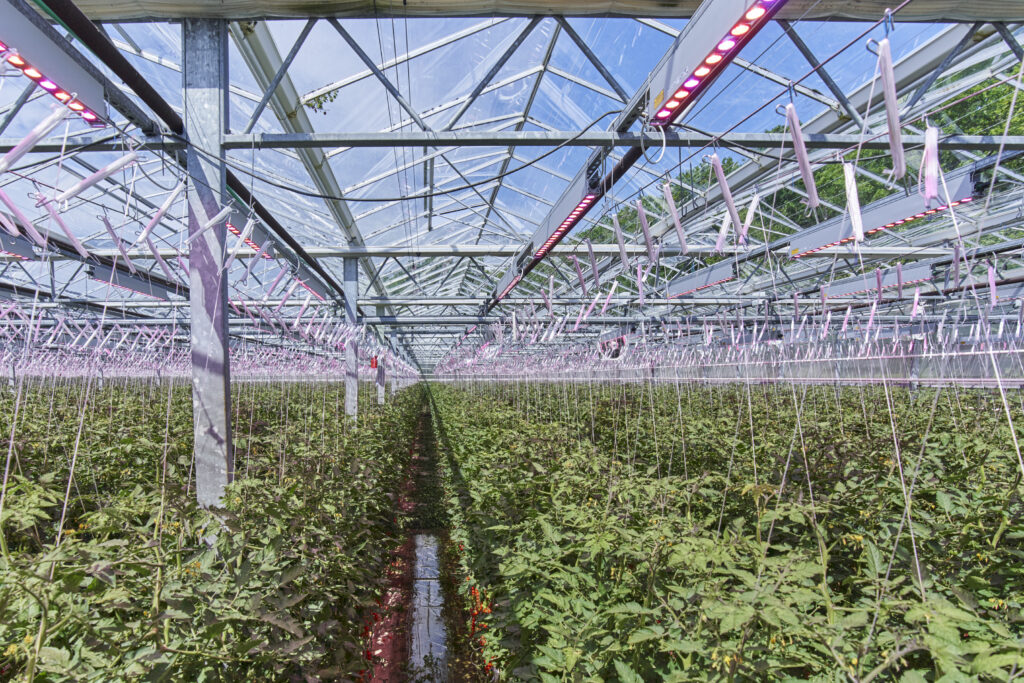 The Nedre Hanasand nursery, based in Norway, has increased their quality tomato yield by 30% year-round and improved the farm’s environmental profile thanks to Philips GreenPower LED toplighting. Though Hanasand has upped their light usage by 50%, it still generates considerable energy savings on their cultivation. The farm wanted better and more energy-efficient lighting that could contribute to the high-quality tomatoes they supply, which has now been recognized by both retailers and the Norwegian team in the Bocuse d’Or culinary competition.

Nedre Hanasand nursery is located in Rennesøy, 30 km north of Stavanger, and grows tomatoes year-round. The Hanasand family has run the farm for many generations and the current owner, Stig Jakob Hanasand, is a third-generation tomato grower. “Hanasand farm has four hectares, with tomatoes distributed in six different greenhouses,” said Stig Jakob Hanasand. “The greenhouse where Signify’s lighting is installed is where we grow the most different varieties of tomatoes. They are red, brown, black, yellow, and striped, as well as in different shapes and sizes. We have about 30 different varieties in all.”