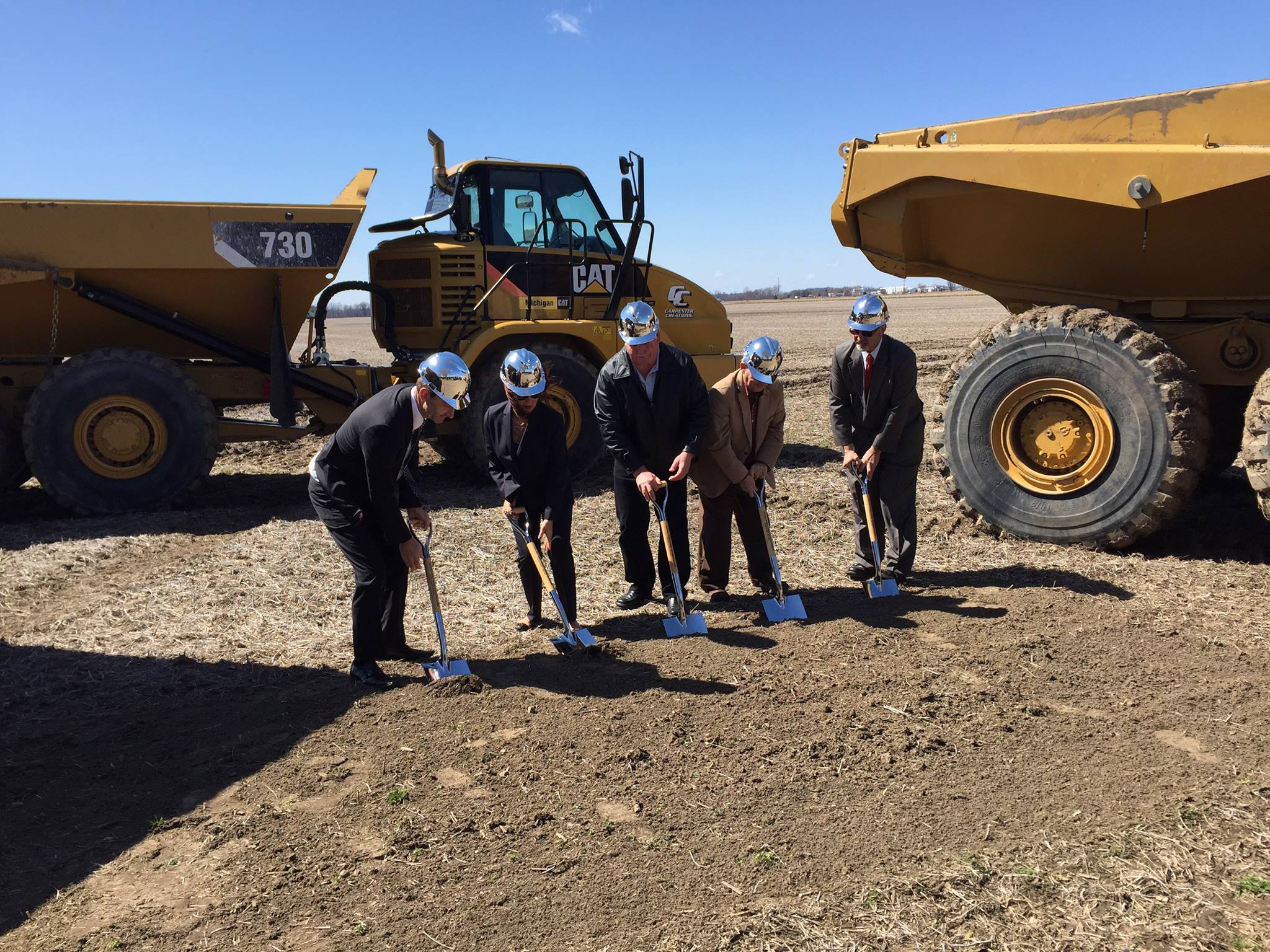 “We are extremely delighted to be here today to put the first shovels in the ground for Phase I of our Delta Greenhouse Project,” said company president and CEO Peter Quiring.

“This project is about co-operation and partnership,” said Ohio Lt. Governor Mary Taylor who took part in the event.

Taylor also noted that the project was going to create more than 300 jobs for Ohio, which received a round of applause from the crowd.

FIFTEEN-ACRE PHASES TO BE BUILT OVER SEVEN YEARS

With the project structured to be built in twelve, 15-acre phases over seven years, the Delta greenhouse will be a state-of-the-art facility with a high degree of automation.

The facility will also be using special High Pressure Sodium (HPS) lights to grow throughout the winter months.

Long-term plans for the project call for a partnership with neighbour North Star BlueScope Steel to use their waste heat and CO2 to help heat the greenhouse and reduce the company’s carbon footprint.

WARM WELCOME FROM THE COMMUNITY

Earlier in the week, more than a dozen local businesses in Delta had their storefront windows painted and decorated by the Delta High School Art Club welcoming Nature Fresh to the community.

“Seeing this type of community support with personal messages on storefront windows welcoming us to their town is extremely humbling,” said Quiring.

Positioned as a backdrop to the groundbreaking area were massive earthmovers, bulldozers and excavators from Carpenter Construction who are expected to start levelling the project area this week.