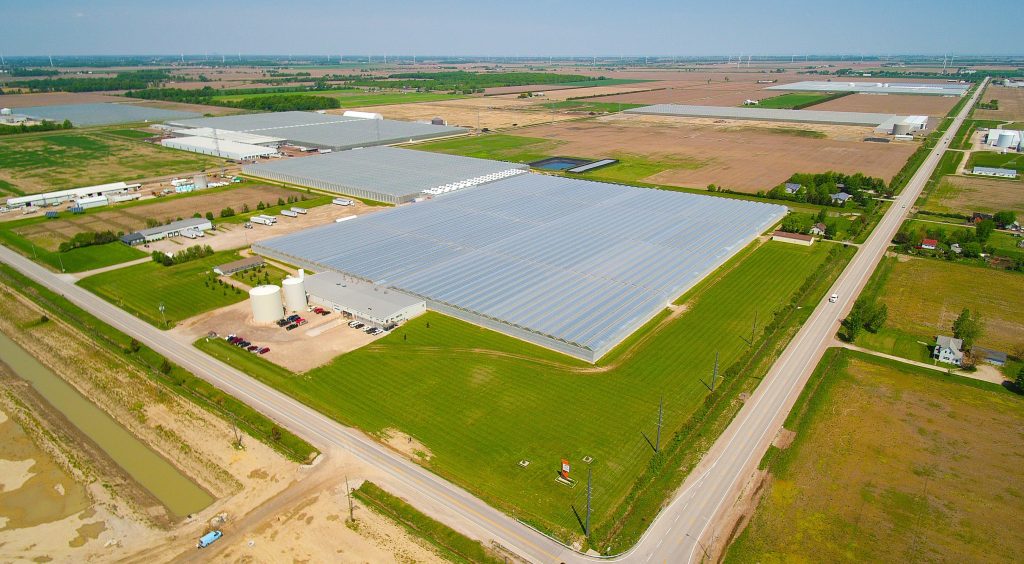 Mucci Farms has acquired controlling interest of Leamington, Ontario-based Orangeline Farms, including its existing greenhouse and warehouse facilities, and additional land with plans for expansion.

“It’s an exciting time for the company as we continue our aggressive expansion plans to increase our local and regional production,” says Bert Mucci, CEO. “The Orangeline acquisition comes with a 32-acre greenhouse and a warehouse with additional land totalling 100 acres. Consumers are demanding more local production, and we’re listening. We also have plans in place to build on the additional land that was received as part of the agreement.”

Founded in 2000 by the Kniaziew family, Orangeline Farms is an award-winning grower predominantly known for their unique pepper offerings grown under the Zing! Healthy Foods brand. “In searching for growth opportunities for both Orangeline’s staff and our ever loyal customers, the chance to partner with a world class organization like Mucci Farms was an easy decision to make,” said Duffy Kniaziew, founder of Orangeline Farms. Kniaziew will continue to stay on board and lead the Orangeline facilities.

Mucci Farms will continue to use the Zing! brand for the foreseeable future as it has quietly established itself among retailers and consumers. “Duffy and his team have done a great job with the brand and it’s familiar in our region, so we’re not looking to make any dramatic changes at the moment,” said Emily Murracas, director of marketing.

Originally a 60-acre project in Huron, Ohio, the company has also acquired additional land adjacent to the current property to increase the totality of the enterprise to 75-acres. “The first 24-acre phase is in its second season of harvesting, and we’ll be building two more identical ranges. Phase two construction is already underway,” remarked Bert Mucci. “The Ohio program has gotten off to a great start and we’re looking forward to growing our presence in the community and the regional market.”

Mucci Farms is a vertically integrated fruit and vegetable grower that owns and operates 250-acres of tomato, pepper, cucumber, lettuce and strawberry greenhouses in Canada and the United States, with a partner-grower network of 1500 acres across North America.