A record number of greenhouse companies were in the running for this year’s Hottest Tomato, Coolest Cucumber and Perfect Pepper. 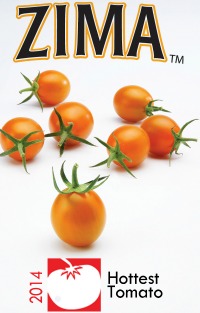 “We’re very excited about the Greenhouse Competition results,” says CEO Paul Mastronardi. “Each year the contest gets bigger and better and we’re thrilled to have had such great success, especially with Zima.”

The victorious weekend comes on the heels of the United Fresh show in Chicago, which named SUNSET® Y.E.L.O.™ cocktail tomatoes as the industry’s Best New Vegetable of 2014.

“It’s been a great week,” said Mastronardi. “We’re very proud and very thankful to be getting such incredible feedback from the industry and consumers alike. Zima™ and Y.E.L.O.™ are both great products with amazing colour and flavour and have quickly become household favourites.”

The annual competition is hosted by R.E.A.C.H. International, a locally funded charitable organization, with proceeds going toward the funding of schools and clinics in Uganda.

Mastronardi Produce is a pioneer and industry leader in the gourmet greenhouse industry that grows and markets nationally recognized brands such as the Campari®, Zima™, Angel Sweet™, and Kumato™ brand tomatoes under its SUNSET® label.

Family owned and employee managed for over 60 years, Mastronardi prides itself on producing consistently flavorful gourmet tomatoes, peppers and cucumbers.