News
Mastronardi part of ‘We Are The Best’ series 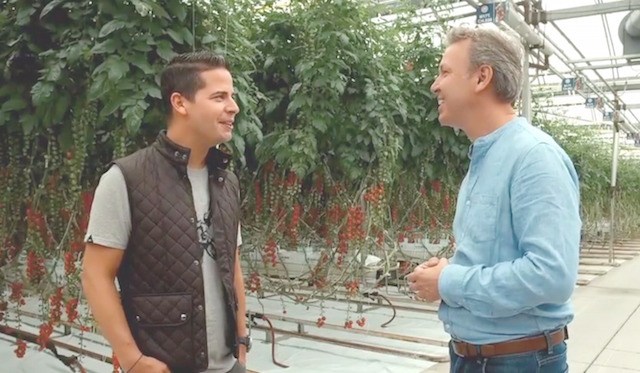 Sept. 6, 2017, Kingsville, Ont. – As Canada celebrates its 150th birthday, a national spotlight is focusing on Canadian industry leaders who have dominated their fields internationally.

The “We Are The Best” series, supported by the federal government, selected greenhouse pioneer and industry leader Mastronardi Produce to showcase the booming greenhouse business in which Canada is known as a superpower.

The series is a year-long, nationwide campaign that pays tribute to the top companies and innovative leaders in Canada.

Led by famed chef and television personality Ricardo Larrivée, each segment interviews a leader in a variety of Canadian industries and creates a three-minute bilingual video released each week on Ricardo Media, CBC and Radio-Canada.

“Mastronardi Produce is an outstanding leader in their field,” said Larrivée. “Paul Mastronardi leads an incredibly innovative company that clearly demonstrates their dedication to quality and flavour each and every day. They are, along with other Canadians producers, a true testament as to why we are the best!”

Viewers can check out the spotlight here.

“We’re very proud to be a part of We Are The Best to celebrate Canada 150,” said fourth generation president/CEO Paul Mastronardi. “My family’s company prides itself on quality and innovation, so to be recognized across the country as the best in the business is truly an honour.”

Related
In the driver’s seat: this year’s top 10 under 40
Are pesticides compatible with biocontrol?
Canadian greenhouse industry a true world leader
Trends in One of the Fastest Growing Market Segments