News
Looking for career in the medical cannabis field? 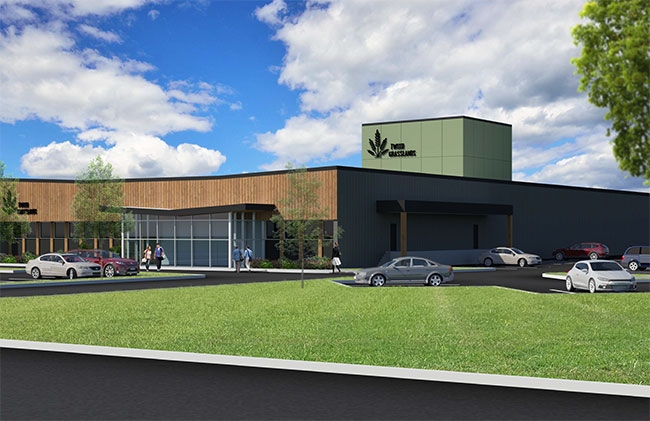 If and when licensed, the site will operate as Tweed Grasslands and become the newest facility to join Canada’s largest network of legal, licensed cannabis producers owned and operated by Canopy Growth.

Tweed Grasslands will operate a 90,000 sq. ft. facility in Yorkton with the capacity to expand operations to over 300,000 sq. ft. as the markets for medical and recreational cannabis develop.

Led by an experienced team of entrepreneurs and medical cannabis pioneers, Tweed Grasslands is now looking to hire several key positions in anticipation of commencing operations.

All told, Tweed Grasslands intends to create 40-50 new permanent jobs at the Yorkton facility with substantial economic input also coming from a multi-million dollar investment in order to build out the full 90k square feet of initial production space.

“After years of hard work setting up the business we’re now excited to be focused on the task of producing medical cannabis for people all across Canada,” said Andrew MacCorquodale, head of operations for Western Canada, Canopy Growth and founder of Tweed Grasslands.

“With support and expertise from our new colleagues at Canopy Growth we hope to be licensed and fully operational in Saskatchewan within months and that means we need to find great people to drive the vision forward.”

Tweed Grasslands will supply medical markets in Canada and abroad as they emerge in a federally legal manner, as well as the Canadian recreational cannabis market upon the establishment of a national regulatory framework.

Tweed’s existing headquarters in Smiths Falls, Ont., a small town of 9,000 has benefitted very positively with over $45 million of investment put into its flagship 40-acre campus at 1 Hershey Drive, creating over 240 jobs.

With the addition of Tweed Grasslands, the Company is eager to bring some of that economic activity to Saskatchewan.

The first wave of job postings is available online now.