News
Lighting the way to a local food economy

Consumers in Atlantic Canada offer some of the most support of locally made goods than other parts of the country. Producers explore organic and crop lighting for year-round success. 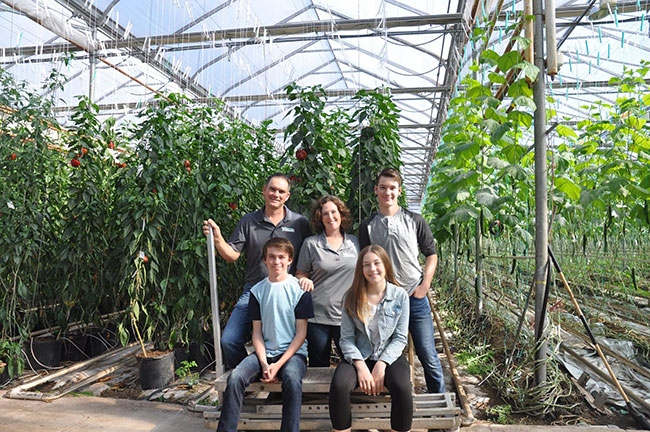 When the Business Development Bank of Canada released its widely cited consumer trend survey in 2013, it came as little surprise to many in the East that Atlantic Canadians make more of an effort to purchase locally made goods than some other parts of the country.

Buying and supporting local — or at least trying to — has been a defining characteristic of the region for generations, particularly within the food sphere.

In the 1970s, for instance, a successful but now-defunct organization called Atlantic Canada Plus took off with a mission to support the promotion and marketing of the region’s bounty. In the 1990s, a group of farmers in eastern New Brunswick famously created a cooperative that ended a wave of bankruptcies and increased earnings by selling directly to their neighbours. Today in Nova Scotia there are more farmers’ markets per capita than any other province or territory in the country.

Given all that established local love, it’s no wonder grocery stores, restaurants and other food businesses want to try to satisfy it all year round. And that’s where greenhouses and, increasingly, vertical farms are poised to play a bigger role, say experts.

The greenhouse vegetable industry in the East may be tiny compared to the rest of the country, and yet recently there has been a slight increase in the number of greenhouses using crop lighting and heating, says Dr. Lord Abbey, an assistant professor with Dalhousie University’s Faculty of Agriculture, who focuses on greenhouse technology.

The buy local movement is a “big-time” reason for that, he adds. “Some are also using that technology to take advantage of the increased taste for specialty crops.”

One of them is the Schurman Family Farm near Kensington, PEI. What started as a mixed livestock farm is now a three-acre organic greenhouse operation where the main crops are beefsteak tomatoes, cucumbers, grape tomatoes, peppers and a number of specialty crops like lettuce, spinach and eggplant. In 2014, the family began installing high-pressure sodium lights.

“I’ve always found that when you stop producing in the fall, stores have to start going to Mexico or elsewhere to get their tomatoes or whatever,” says family patriarch Marc Schurman. “They got into the habit of doing that and it seemed to be always hard to bring them back around, to get things switched my way again. So I wanted to have enough product to supply them with a little bit every year, year-round.”

Crop lighting: The good and the bad
The decision to install those lights has been worth it overall, says Marc, because his local customers are buying his bounty week after week, whether that’s at the Charlottetown Farmers’ Market or at Sobeys or Atlantic Superstore locations throughout the region under the Atlantic Grown Organics label.

Still, he says it’s not always easy getting those big chain stores to understand that you have local products to sell them year-round. What’s helped is making contact with them week in, week out, and being there with organic products in particular since there is a strong demand for organic on PEI. “If I hadn’t done that switch to organic, I wouldn’t be in business today,” he says.

Going organic doesn’t solve everything of course. When you grow year-round, you don’t get a chance to shut your greenhouse down so that you can break disease cycles and freshen things up.

You also have to deal with light technology that isn’t exactly perfect. Like elsewhere in the country, high-intensity discharge (HID) lights [which include Schurman’s high-pressure sodium lights] are the most popular choice in Atlantic Canada, yet more growers there are looking at alternatives, says Dr. Abbey. Their main reasons being the high energy use of HID and the limited spectrum you get.

Not surprisingly, the most popular alternative to HID in Atlantic Canada is LED because efficiency is much higher, the lights are more durable than HID, and they give growers more significant amounts of blue regions of the spectrum than HID.

The downside of LEDs is the high cost of investing in it and, at times, the dubious qualities touted by some salesmen and online marketing, says Dr. Abbey. “We have so many fake ones on the market. They tell you the intensity is this, but it’s not true. They tell you it’s this quality, but it’s not true. So we need more regulation, and we need more research with LED.”

Marc Schurman echoes those sentiments. In 2016, he decided to switch some of his greenhouse’s high-pressure sodium lights to LED, and while he did notice an improvement in efficiency, he says he hasn’t noticed the return on investment that’s often promised.

“To be able to pay for the extra capital cost, you really need to get increased yield. And I haven’t been able to demonstrate that. In all fairness, though, there is still a lot of research to be done. Every article you read has a slightly different opinion on how to use LEDs. And, of course, a lot of the research is not focused on food production, but on a much more higher value crop that’s coming very soon [marijuana].”

As for heating greenhouses year-round, natural gas is the most common choice in Atlantic Canada, but renewable sources and other energy-saving initiatives are gaining in popularity, says Dr. Abbey. Particularly solar sources and glycol-water systems. He also says that growers in the East are investing in more sustainable ways of constructing their greenhouses, such as using gravel-packed or sand-packed curtain walls, floors or double walls. “There’s a lot of innovation and discussions going on.”

Vertical farming grows up
The most indoor growing innovation in Atlantic Canada is probably happening inside a 12,000 square foot building near Truro, Nova Scotia. It’s the headquarters of TruLeaf, one of the first vertical farming operations in North America, and GoodLeaf, a TruLeaf subsidiary that’s now producing about 25 different greens all year long for grocery stores throughout the region.

According to TruLeaf founder Gregg Curwin, they’re probably one of the leaders in LED research in North America right now. And that’s a big reason why they’ll soon be opening one of the largest vertical farms in the world in Guelph, Ontario.

Curwin is wary to get into the specifics of how they use LED since a lot of their technology is proprietary, but he does say that more recently Atlantic Canadians want more than just a local product. They want to know more about it, especially its nutritional value.

“Six or ten months ago, when I’d do in-store demos, you’d hear, ‘Oh, you’re in Truro. I’ll try it.’ Now I’m seeing a big uptake in the consumer’s willingness to understand and learn the role of nutrition as it relates to health. So when we tell people about our microgreens and the incredible level of nutrition — and by the way they taste really good — then there is a major attachment there at any age.”

He’s quick to add, however, that setting a reasonable price is paramount for local producers, particularly on the east coast where six of the top 10 lowest paid regions in the country are found. Atlantic Canadians do want nutritional, local products, but there is a limit to what they will pay.

And yet Curwin also believes there’s lots of room for the local market to grow on the east coast. And what’s going to help spur that growth is education.

“We all have to play a bigger role in educating the consumer that while it may cost a bit more for local products, it’s worth it. That if it’s a fruit or vegetable, you’re automatically getting a better experience from a taste and nutrition standpoint just by the inherent fact that you’re consuming something that’s close to your market.”

The future of local
Integrity is another big factor that will contribute to the growth of the local market, say Curwin and other greenhouse growers. As in other areas across North America, consumers in the East are being told that some of the products they purchase are local when, in fact, they’re not. Local verification through an Atlantic Canadian certifying body would definitely help stop that, growers agree.

Couple that with more institutions sourcing regional bounty, and you have the makings for a local movement in the East with real veracity, says Curwin. “You only need to take a quick look at our universities and hospitals to see that the vast majority of that food is just not optimal. So you know what, university and government officials, why don’t you get out there and figure out that supply chain and bring more local food in? That’ll help a lot.”

And those institutional changes will do more than just grow the regional market, says Dr. Abbey. They’ll help combat the region’s issues with food insecurity, a term that essentially means an inability to afford healthy or culturally appropriate food, an inability to access that food, or both. According to a couple of recent studies, Nova Scotia, Prince Edward Island and New Brunswick in particular have some of the highest rates of food insecurity in the country.

“It’s a widespread problem here, especially in First Nations communities and immigrant communities,” says Dr. Abbey. “But I do see more greenhouses trying to combat that by extending the season with crop lighting and so forth and using their greenhouses to produce more ethnic crops. I recently visited the Annapolis Valley [in Nova Scotia] and saw a greenhouse that’s only used for the production of ginger, for example.”

Back on PEI, winter is almost over and Marc Schurman is harvesting or getting ready to harvest beans, melons, herbs and radishes. It’s clear that the buy local movement’s strong historical roots are extending well into the future here. And that’s a really good thing, he says.

“You know, being a small island on the east coast of Canada, we depend on the rest of the world for so many things. So if we can all learn to support things that we can efficiently produce here instead of those that come from the other side of the world, then it will be better for our economies, for our local communities and everyone.”