Sept. 19, 2013, Someren, the Netherlands — Kwekerij Wim Peters has achieved a first. This is the first time that a grower of plum tomatoes has opted for Philips LED lighting.

This is the first time that a grower of plum tomatoes has opted for Philips LED lighting . 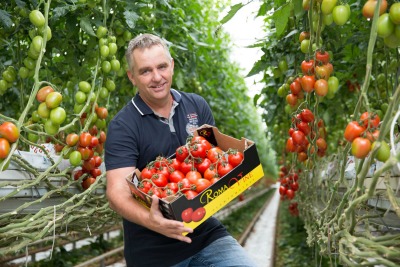 Partly thanks to the new installation, owner Wim Peters can now produce top-quality tomatoes all year round. The produce is marketed through ZON fruit & vegetables.

“The LED lighting gives us both flexibility and consistent quality, which are particularly important in the winter months.”

Kwekerij Peters has specialized in growing plum tomatoes for the past 10 years. It is a real family business. Owner Wim Peters (pictured) is the third generation to run it.

Family businesses often have strong traditions, but Peters is also bearing in mind the possibilities and opportunities offered by today’s market.

“Until now it was impossible to supply our own plum tomatoes in winter. This meant that tomatoes had to be imported from Spain. Unfortunately these tomatoes are of slightly lower quality and this fall-off in supply threatened the continuity of our sales.”

With Philips’ LED solution the need to import during the winter months will soon be a thing of the past. 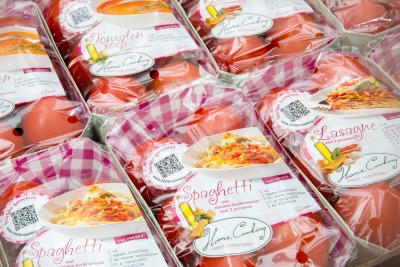 “We can control growth perfectly throughout the year by means of the hybrid lighting system,” says Peters.

“A perfect combination for creating the best possible conditions for the plants with maximum control,” says Peters.

In collaboration with ZON fruit & vegetables, Peters is focusing on the market for plum tomatoes.
Together they have developed the concept they call “Home Cooking with Roma tomatoes.”

These are packets of plum tomatoes that come with a recipe for tomato soup, spaghetti sauce or lasagna. This means a healthy meal can be cooked quickly and easily, because plum tomatoes are well suited for use in hot dishes.