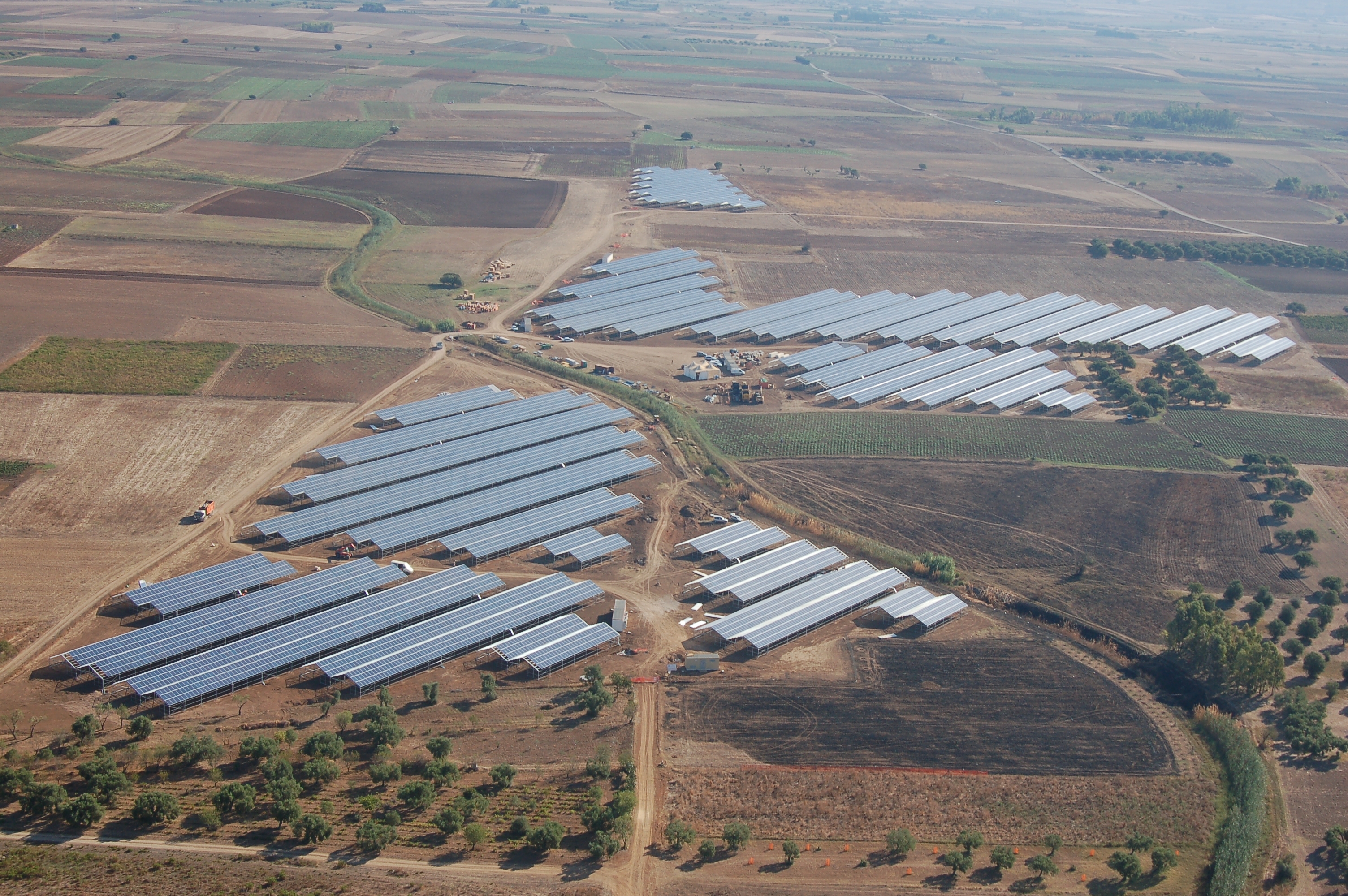 The largest solar-roofed greenhouse project on the planet is now complete in Italy. The first crop is expected in October 2012. The 134 greenhouses are located on 66 acres near Cagliari in the region of Sardinia.

Lalit Jain, chief executive officer of MBCEL’s Wind and International Solar business, said in a press release, “This project demonstrates how solar power technology can produce multiple benefits from a single site. We are doubling the productivity of the land by growing crops and generating electricity.”

The project will help Italy (which installed more solar power in 2010 than any other country except Germany) achieve its target of generating 23 gigawatts from the sun by 2016.

The project — known as “Su Scioffu” — is in Villasor, a community of 7000 that has been suffering economically from the closure of a sugar factory. Su Scioffu will support up to 90 jobs.

The project began providing 5 MW to Italy’s national electrical grid in August 2011, and 15 more MW were added by October 2011. The total project’s 20 MW will generate enough electricity to power approximately 10,000 Italian homes, and will prevent over 25,000 tons of CO2 emissions from being created every year from coal-fired and oil-fired power plants.

Keep checking Energy Edge for more on this and other greenhouse energy projects.

About MBCEL
Moser Baer Clean Energy Limited (MBCEL) was established in 2008 with a strategy to undertake development of renewable power projects worldwide. MBCEL is a project developer, owner and operator of solar power projects globally and in India. It is currently the largest solar power development company in India and one of the largest solar power development companies globally. It has a vision of developing a portfolio of 1500 MW of solar energy in India by 2015. The company has a portfolio of another 200 MWp of projects under various stages of development in Europe to be completed by 2012. Significantly, MBCEL has already commissioned in India 35 MWp Solar PV projects in Gujrat and Tamil Nadu and has 47 MWp Solar PV projects operational in Germany, the UK, Italy and elsewhere. Besides Solar, MBCEL is in the business of developing Wind and Biomass projects.