Nov. 18, 2013 — Almost 90 per cent of Canadian greenhouse owners and
managers rate staff recruiting and retention as the key issue facing
their operations.

Nov. 18, 2013 — Almost 90 per cent of Canadian greenhouse owners and managers rate staff recruiting and retention as the key issue facing their operations.

In a September 2013 survey conducted by Greenhouse Canada, human resources rated second only to finding and keeping markets, and only by the tiniest of margins (89 and 92 per cent respectively).

While many in the industry believe that a higher wage is the main weapon to win this battle, recent research into employee preferences shows other options. 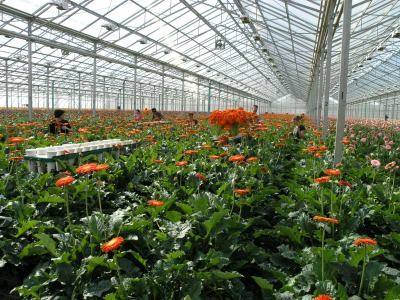 According to an extensive Standard Life survey of both employees and managers at small to medium enterprises (SMEs), employees and potential hires give a lot more weight to factors like group savings and retirement plans than many managers believe.

That disconnect factors large in industries like the greenhouse sector, where companies in the 50- to 100-employee range make up a large part of the landscape.

For starters, almost 90 per cent of employees say that a competitive GS&R plan is a major factor when considering new job opportunities, while 82 per cent with a plan would recommend their company to friends and family. That compares to just 69 per cent in companies without plans.

Yet what do employers in sectors like ours believe? Tellingly, when offered a list of potential perks and asked to choose those that they feel their employees would most like, managers are wide of the mark. Only five per cent believe employees would choose an employer-contributed pension plan, despite the fact that over 33 per cent of employees rate the matching pension plan as their top perk.

Most importantly from an employee loyalty perspective, almost 80 per cent of employees say that a good GS&R plan deceases the likelihood of them leaving the company. In uncertain economic times, it appears employees at SMEs increasingly value help in saving for retirement.

For more on this research, visit http://www.standardlife.ca/en/employer/inertia/?utm_campaign=inertia&utm_medium=email&utm_source=annexe&utm_content=greenhouse.