Features Crops Flowers
Is this a new ‘Victorian’ age? 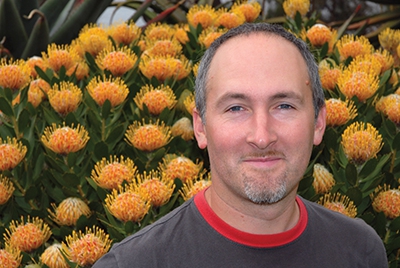 At the recent Perennial Plant Association Symposium in Cincinnati, Tony Avent of Plant Delights Nursery described this current moment in horticulture as a new “Victorian Age” because of the sheer volume of new introductions produced by the industry every year in perennials, shrubs and edibles.

Ironically, just as new introductions have reached a fever pitch this decade and last, the retail landscape has begun to shift beneath our feet.

TRADITIONAL CORE OF CUSTOMERS ARE DOWNSIZING
Baby boomers, the traditional core customers of the horticultural industry, are retiring and downsizing. Demand from them for garden plants has begun to decrease every year as they leave their large yards and begin to garden around their new condos and townhouses.

Generations X and Y are not yet filling their gardening boots due to either a lack of interest or to a delayed interest because of limited career success and postponed home ownership.

Additionally, especially in our larger cities, new immigrants are moving in from countries without strong gardening traditions, presenting a second challenge to building engagement in gardening on top of what we already face with Gen X and Gen Y.

All this leads to the question: what trends in perennials, shrubs, and edibles are most likely to engage the gardening community and the wider public at large?

GARDENERS’ GROWING APPETITE FOR EDIBLES
Edibles have offered one of the few growth areas in our industry since the economic downturn that began in 2008.

Though growth is slowing, edibles still present an important segment for retailers and wholesalers with the power to engage across all generations and ethnic groups. Though new cultivars of unusual fruits and veggies, such as goji berries (Lycium barbarum), haskaps (Lonicera caerulea), and strange kales and broccoli, have intrigued some gardeners, it is new innovations in traditional categories that most engage the imaginations and wallets of consumers.

The Mighty Mato and Mighty Veggies grafted vegetables, which offer higher yields and easier care, have resonated strongly with my customers at Phoenix Perennials for the past three years, as have the various dwarf cultivars of blueberries and raspberry from the BrazelBerry line.

In ornamental horticulture, we are now post Echinacea, a genus that experienced a great fervour of new hybrid introductions over the past five years and which commanded much of the limelight, though not always the love of the gardening public because of problems with overwintering success.

As we wait for the next big thing, good new introductions are being made that are inspiring a diverse range of gardeners. The fact of their “newness,” however, is no longer the sales motivator that it was. A number of poor introductions in recent years seems to have uncoupled the word “new” from the concept of “better.”

EASY-CARE PLANTS
Gardeners and homeowners of all generations want assurance of performance and attributes that fit their lifestyles. Consequently, long blooming plants, plants with multi-season interest, easy-care plants, and dwarf plants, especially those suitable for containers, are doing well at retail.

There are still avid gardeners out there who appreciate some novelty. Digiplexis “Illumination Flame,” the new foxglove hybrid that looks like a Digitalis crossed with a Hawaiian shirt, has been quite popular. New cultivars of this cross are on the way. Though not hardy for most of Canada, its long bloom period makes it an intriguing addition to any garden.

Other strange intergeneric hybrids are on their way to market: Echibeckia, a cross between Echinacea and Rudbeckia,  and Mukgenia, a cross between Mukdenia and Bergenia. Though intriguing, these crosses might be too esoteric for most gardeners but could strike a chord with some.

If this new Victorian Age can deliver performance in small spaces above all else and if we can find a way to communicate these benefits to the public – a challenging task in today’s high-paced world – we just might be able to inspire a movement of new “Victorian” gardeners to engage with all these beautiful plants.

Related
The price is right
Growing in the green: August 2011
Small plants getting major attention
Timing is Everything