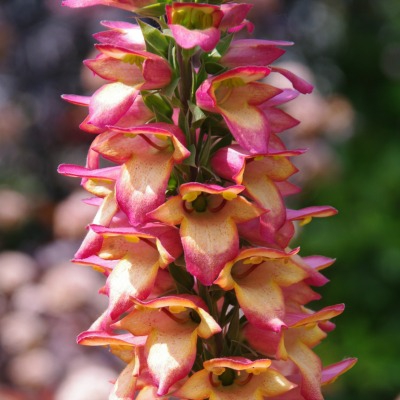 This year concludes the sixth year for the American Garden Award flower popularity contest and 2014 featured four beautiful flower varieties chosen by their breeders for their excellent garden performance.

Once these varieties were planted and put on display at the 32 participating gardens across the U.S. and Canada, the general public was invited to vote for their favorite using one of several voting methods…and vote they did!

With over 7,000 votes, the first, second and third place winners are ready to be announced. Breeders, brokers, distributors and retailers are encouraged to use the AGA logo when promoting these three winners as this logo designates these flowers as a consumer’s choice.

The three top winners, based on online voting, in-garden votes and text votes are:

Grand Prize Winner – Foxglove Digiplexis™ Illumination® Flame (Cultivaris)
With a mother from the Spanish Canary Islands, this incredible new foxglove hybrid produces a stunning summer-long display. Incredible Red-Pink flowers with flaming orange throats are produced in classic foxglove style from May to October. Great in pots or borders, it is long-lasting as a cut flower too!