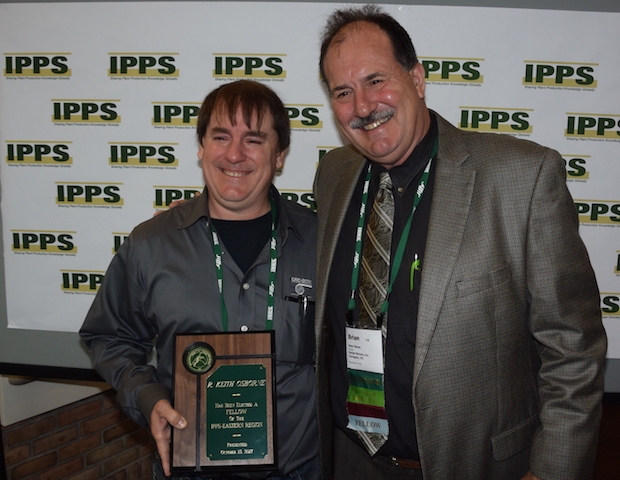 This award is presented to members who exhibit exemplary service to the Society and to the advancement of the field of propagation and production. The announcement was made during the annual conference of the IPPS Eastern Region held in Grand Rapids.

Osborne began his career assisting his parents with their garden centre in Blenheim, Ontario.  He studied business, finance and plant biology at the University of Guelph.

DIRECTOR ON REGIONAL IPPS BOARD

Osborne has shown strong leadership as a director on the Eastern Region board of directors (2011-14) and creative enthusiasm as chair of the 2014 local site committee for the 2014 conference held in Niagara Falls, Ontario.

He has been heavily involved in organizing multiple area meetings in Ontario and has been very successful in developing and executing the role of IPPS-ER sponsorship coordinator since 2015.

Osborne has also authored three papers in the IPPS Combined Proceedings based on conference presentations he has made. Since joining the Eastern Region in 2002, he has been a very active and influential member.

Keith and his wife Dong-Mei have a five-year-old daughter Ella who is the apple of Keith’s eye.

The International Plant Propagators’ Society is a non-profit organization of over 1600 members organized into eight separate regions around the world. The membership is made up of those with a professional interest in plant propagation and production from businesses, colleges and universities, botanic gardens and arboreta. The motto of this non-commercial organization is “To Seek and To Share” knowledge and experience in plant propagation and production.