July 19, 2010, Columbus, OH – In recent years there has been
quite a bit of hype regarding LED technology and its eventual impact on
artificial lighting in the horticulture industry.

July 19, 2010, Columbus, OH – In recent years there has been
quite a bit of hype regarding LED technology and its eventual impact on
artificial lighting in the horticulture industry.

And in most cases, that is all that it was … hype! 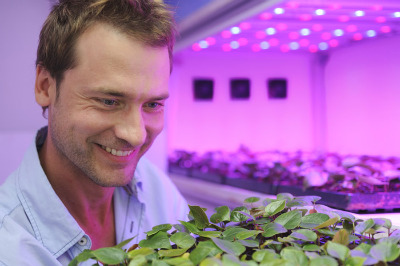 Hort Americas believes this may finally be changing. In 2010
and 2011, it anticipates there will be studies, data and products released from
different sources that will start to make LEDs viable for different segments
within the horticultural industry.

Philips introduced its approach to LEDs
in the North American horticulture industry during this year's OFA Short Course.

The future of LEDs in horticulture is going to involve increased knowledge and
optimal lighting “recipes.”

With a lighting recipe as a starting point, every crop will be
approached differently and optimized using all variables in the greenhouse such
irrigation, nutrition and environmental manipulation (CO2, temperature,
humidity, etc.). 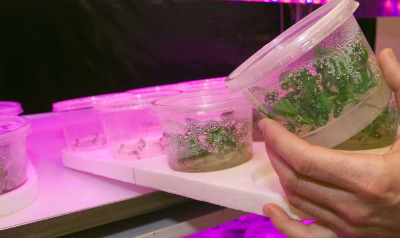 Currently these recipes are either under development or have
been developed for the following areas:

Philips has a vast amount of knowledge with regards to
horticultural lighting; this includes traditional lighting methods as well. It
is currently working with growers, breeders and other partners to provide the
optimum lighting solutions as measured by improved performance and ultimately
by lower costs.

For more information, visit the Hort Americas website at http://www.hortamericas.com.

(Reprinted
with permission from the Hort Americas Corporate Blog.)