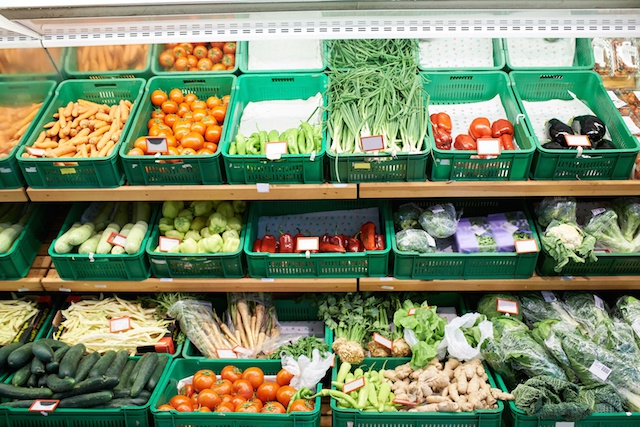 June 7, 2016, Guelph, Ont. – Rising fresh fruit and vegetable prices have changed Canadians’ purchasing behaviours, from reducing consumption to product substitution to buying frozen vegetables, according to a new survey from the University of Guelph.

The study was presented this week at the annual Food and Agriculture Business Seminar sponsored by U of G’s Food Institute.

“To our knowledge, no published studies have examined how consumers are coping with the radical change to vegetable and fruit prices in a developed economy,” said Sylvain Charlebois, who headed the project while a marketing and consumer studies professor at U of G.

In the past year, produce prices have increased an average of 14 per cent and fruit prices 11 per cent.

“In some locations, Canadian consumers have seen prices jump by more than 25 per cent,” said Charlebois, now dean of the Faculty of Management at Dalhousie University.

Also working on the study were U of G marketing and consumer studies professor Lianne Foti and Maggie McCormick from U of G’s Food Institute.

The survey, conducted this past May, involved more than 1,000 people across Canada and looked at socio-economic and behavioural factors. Age, gender and education were also examined.

The study found that more than 26 per cent of people have reduced their consumption of fruits and vegetables in the past year due to price increases.

Cost also prevented more than 66 per cent of people from buying at least one specific fruit or vegetable.

About 45 per cent report buying juice or frozen vegetables or fruit rather than fresh products due to rising prices.

“This study demonstrates some level of vulnerability by consumers when looking at vegetable and fruit affordability,” Foti said.

“It’s reflective of how vulnerable the Canadian economy is to macroeconomic conditions affecting the price of imported food products.”

Other findings of the study, which has been submitted for publication, include:

• Cauliflower was the vegetable most people (48 per cent) did not buy due to cost.

• Nearly 40 per cent of people believe price increases are unjustified.

• More than 73 per cent of people buy fruits and vegetables at “big box” stores.

The Food and Agriculture Business Seminar runs June 5 to 7 at U of G. It includes researchers, policy-makers and representatives from the agri-food industry and other sectors. They will examine topics ranging from shifting roles of government to food security to consumer perspectives.