Sales of manual — or push reel — mowers with the cartwheeling blades are on the rise this year. Officials attribute the surge to increased environmental concerns, the faltering economy where consumers are tightening purse strings and rising gasoline costs. 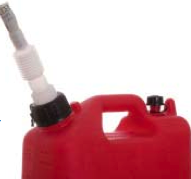 When Eric King moved from his apartment in Pittsburgh to a
single-family home with a lawn, he bought a manual lawn mower instead
of the usual gas-powered kind. He figures he's putting money in his
pocket and saving trips to the filling station.

He's got plenty
of company. Sales of manual — or push reel — mowers with the
cartwheeling blades are on the rise this year. Officials attribute the
surge to increased environmental concerns because of emissions from
gas-powered mowers, the faltering economy that makes the generally less
expensive push reels more attractive, and $4-a-gallon gasoline.

American Lawn Mower Co., a
Shelbyville, Ind., manufacturer of manual and electric lawnmowers, says
sales are up 60 percent to 70 percent over last year.

"It's unbelievable," said Teri McClain, inside sales administrator. "I think gas prices are playing a part in this."

McClain
estimates that about 300,000 push reel mowers are sold annually in the
United States. That's about the same number of electric mowers that are
sold. Though growing, sales of both still are dwarfed by the roughly 6
million typical gas-powered, walk-behind mowers purchased every year.

Push
reel mowers have evolved from those heavy iron beasts of the past into
lighter (19 to 34 pounds), easier-to-push models with widths up to 20
inches and cutting heights that can be adjusted quickly. Accessories
include grass catchers and sharpening kits.

Clean Air
Gardening, a Dallas, Texas, retailer that sells push reel and electric
lawn mowers as well as composters, rain barrels and organic
fertilizers, said sales are up 27 percent this year, while sales of
electric mowers made by Towson, Md.-based Black & Decker Corp. have
increased more than 20 percent this year.

"We're not keeping up with the demand," said Joseph Newland, group product manager for the company's outdoor division.

People
Powered Machines, an Ipswich, Mass.-based Internet store, has seen a 25
percent rise in the sale of push reel and electric lawn mowers so far
this year.

"The increasing price of gasoline is one of the bigger factors," said spokesman David Temple.

At
Remington Power Tools, based in Bowling Green, Ky., which began selling
electric lawn mowers this year, customers giving their reasons for
buying an electric mower often end with the words: "And with gas
prices, it only makes sense," spokesman Alex Wrinkles said.

Lars
Hundley, Clean Air's owner and president, said sales of electric mowers
are much stronger, in part because he has begun carrying several new
cordless models. He said lawnmower cords can be a "deal killer" for
some customers.

Hundley said female customers seem to prefer push
reel or electric mowers. They dislike the noise of gas-powered mowers
and the cord-pulling required to start them, he said.

Kris Kiser,
spokesman for the Outdoor Power Equipment Institute, acknowledges that
sales of gas-powered mowers were down slightly in May compared with a
year earlier, but attributes that to a decline in housing starts and
last year's drought in the Southeast.

Kiser does not believe high
gasoline prices will cause a significant reduction in the sale of
gas-powered mowers. According to the institute, the average homeowner
uses only five to six gallons of gasoline a year to mow a quarter-acre
lot.

Lawnmower and landscaping equipment company Toro declined to
say how sales of its gas-powered mowers were faring. But spokesman John
Wright said the faltering economy and the cool, wet spring that delayed
lawn mowing is probably having a bigger effect than high gas prices.

"For the average homeowner, putting a little gas in their mower is not going to be a big deal," Wright said.

Instead of trading in gasoline mowers, other people have opted to cut back on how often they cut their grass.

Randall
Fullam now mows his lawn in the Dayton suburb of Riverside once a week
instead of twice, primarily as a symbolic gesture to protest U.S.
dependence on foreign oil since he estimates it will save him only
about $14 a year. Fullam takes pride in his lawn and thinks mowing it
twice a week kept it looking good.

"Now, we're waiting until the
weekend and mowing it just once," said Fullam, 53. "The downside is
when the grass comes blowing out from the mower it's a lot thicker. It
tends to leave a lot more cut grass, clippings."

In King's
neighborhood, his push reel mower has become an instant hit. One
neighbor told him she is buying one for herself and for her father.
Other neighbors and passers-by can't resist trying the mower out.

"The way people are reacting you'd think it was the newest technology," he said. "They end up mowing half of my yard for me."