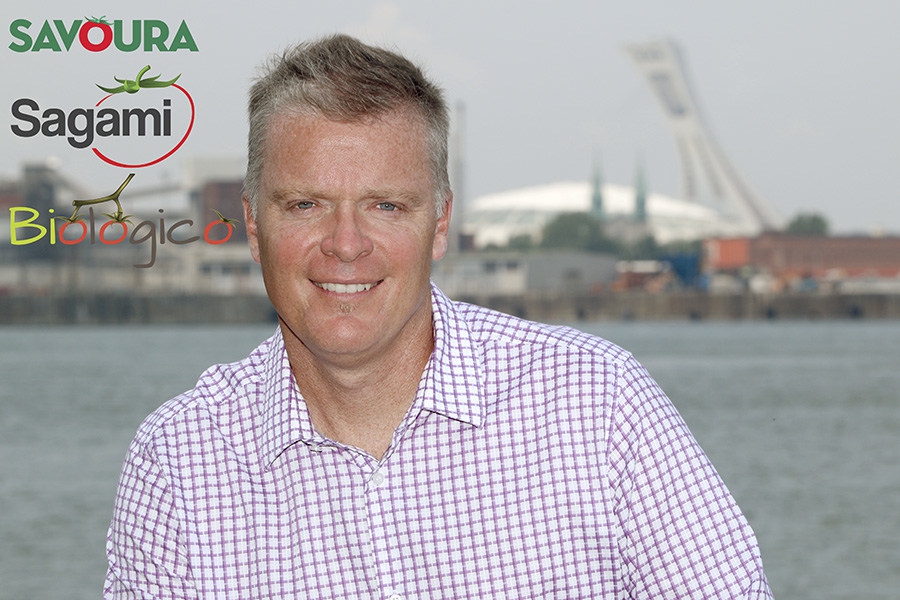 His mandate will be to grow and promote the Sagami – Savoura – Biologico brands in Quebec, the rest of Canada and the United States.

Cayer will play a key role “in the management of our sales team as we commit to maintain our competitive advantage in Quebec and expand our line of traditional and organic greenhouse tomatoes across North America,” said company president Stéphane Roy.

As for Cayer, he felt privileged to join the ranks of a growing Quebec company and play an active role in the development of greenhouse production in Quebec.

Cayer has over 30 years of experience in the fruit and vegetable industry. He has made a name for himself through his interpersonal skills, his professionalism and his credibility with industry stakeholders.

Up until recently, Cayer held the position of director of Canadian sales at Fresh Del Monte Produce where he completed several successful sales and national development mandates.

For almost 15 years, Serres Sagami has been marketing different varieties of tomatoes under the Sagami brand name for the Quebec, Canadian and North American markets.

In the spring of 2011, the company added four varieties of organic tomatoes, marketed under the Biologico brand name, to its list of products.

Since 2012, the company has made many acquisitions to expand its production, including the most significant one to date: the acquisition of the Serres du St-Laurent facilities and the Savoura brand in April 2015.

The company continues its expansion and plans to make more announcements in the coming weeks.