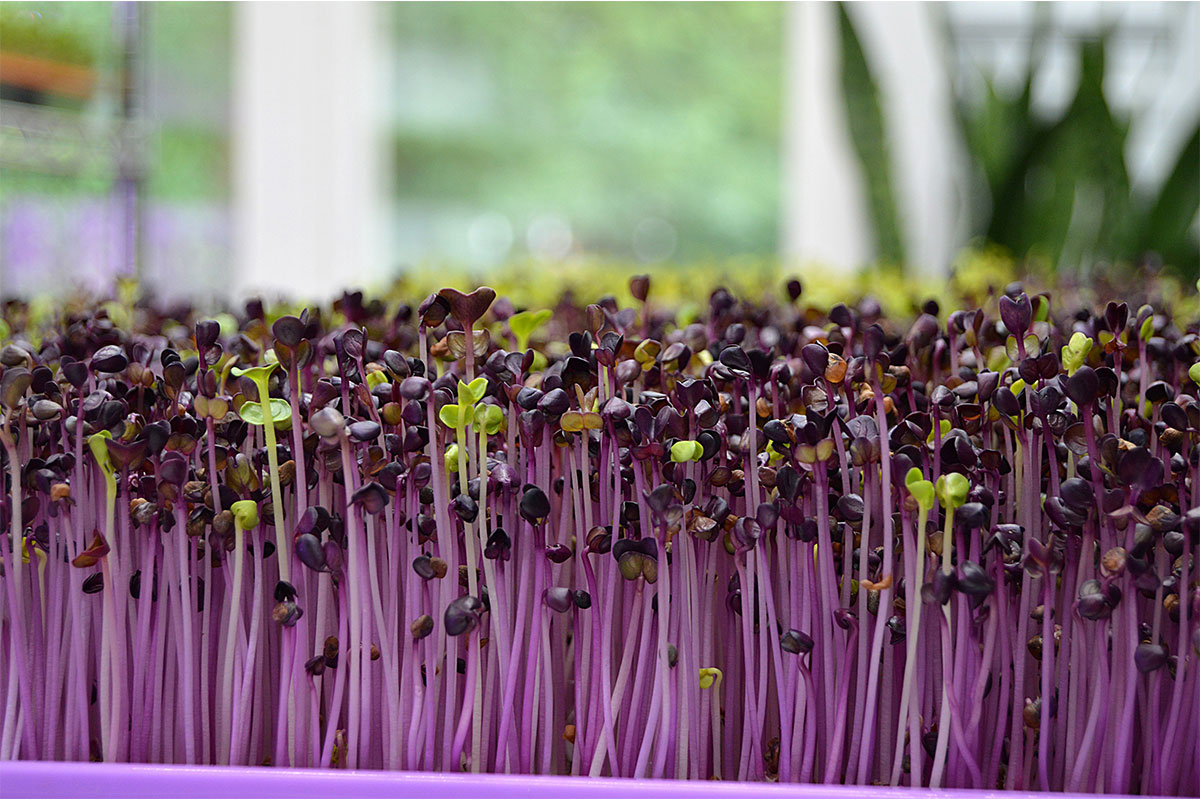 Many growers are attracted to the fast-growing, high-value crop. Chefs are drawn to microgreens for the bold flavors, colours and textures they bring to the table. Retail consumers seek them out for their high nutritional content.

Microgreens, also known as baby greens, are made up of plants in their early growth stages. Microgreens are harvested after the first set of true leaves emerge. Popular species include brassicas, herbs, legumes and seed crops. Microgreens are sold as both mixes or individually.

What’s the best way to grow this popular crop?

LED grow lights are a natural fit for these production environments and crops due to their dimmability, and spectral range. The fixtures’ low heat emissions also allow them to be placed close to the crops below without causing damage. This allows growers to maximize their vertical growing space. Adjustable spectrum LEDs also allow microgreen growers to customize each crop.

Research has shown that nutrient density and flavor profiles of microgreens can be influenced by light spectrum. Adjustable spectrum LEDs allow microgreen growers to take advantage of these effects without having to purchase additional fixed-spectrum lights or expend the labor to move the crops during their short life cycle. 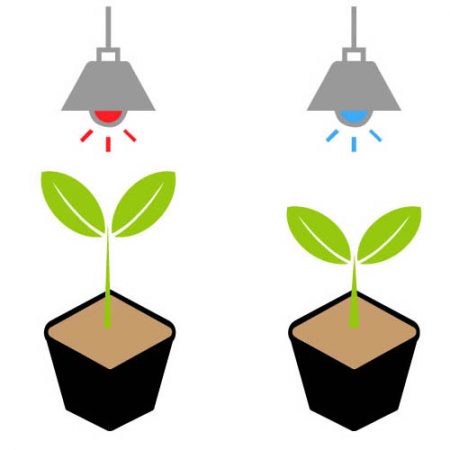 Which light spectrums do what for microgreens?

For example, blue light increases anthocyanin production, an antioxidant that gives the microgreens a beautiful reddish-purple hue. Some growers apply light treatments throughout the crop cycle, while others use light treatments as an end-of-cycle application. While responses to light spectrum vary by species, studies have identified light treatments for some popular microgreen crops.

You can trial these concepts and the following treatments to determine the effects of light spectrum on the microgreens in your growing environment. Luckily, microgreens’ short cycle time and high retail value make it worth the effort to find the optimal treatment to achieve the desired effects.