News Energy
Growers on Gatineau grid to get green with hydrogen 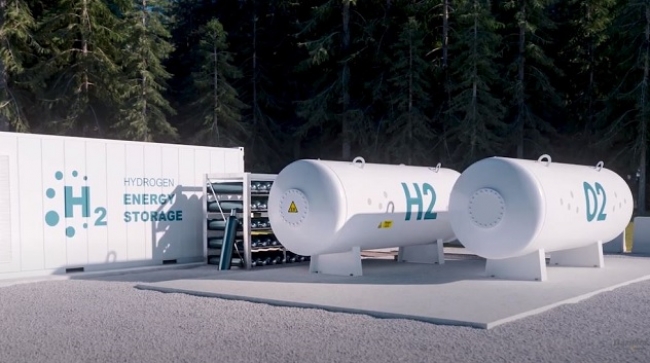 Gazifère, an Enbridge subsidiary, and Evolugen, the Canadian operations arm of Brookfield Renewable, announced plans to build and operate one of Canada’s largest green hydrogen injection projects in Quebec.

The approximately $90-million project will see a 20-megawatt (MW) electrolyzer plant built in the city of Gatineau, adjacent to Evolugen’s hydroelectric facilities. Green hydrogen produced via electrolysis will be injected into Gazifère’s natural gas distribution network via a new 15-kilometre pipeline connecting the plant to the Gazifère grid.

Seamus O’Regan, Canada’s Minister of Natural Resources says, “Hydrogen’s time has come. It will lower our emissions and create jobs. Projects like this will get us to net zero.”

The plant is expected to produce about 425,000 gigajoules (GJ) of green hydrogen to be injected into the Gazifère network—making this the first project of its kind in Canada. It’s anticipated the project will remove about 15,000 metric tons of greenhouse gas (GHG) emissions each year.

Gazifère aims to be North America’s first natural gas utility to be 100 per cent green by 2050; in the short term, hydrogen could very well be a vital rung on that ladder.

“Clean hydrogen presents Canada with an opportunity to leverage our resources and world-leading clean tech sector to drive innovation on transformative technologies and reduce polluting emissions. Evolugen and Gazifère stand out and excel in this field,” says Stéphane Lauzon, MP for Argenteuil-La Petite-Nation.

Gazifère is one of two natural gas distributors in Quebec, serving more than 43,500 customers in Gatineau, Chelsea and elsewhere in the Outaouais region. Gazifère began supplying renewable natural gas (RNG) in 2020.

“We must combat the impact of climate change on our population and infrastructure by showing leadership in energy transition, prioritizing both the development and use of renewable energy,” says Maxime Pedneaud-Jobin, mayor of Gatineau. “That’s why we are proud to support Evolugen and Gazifère’s innovative project, which will contribute to the fight against climate change while generating important economic benefits for our region, including job creation in this new sector.”