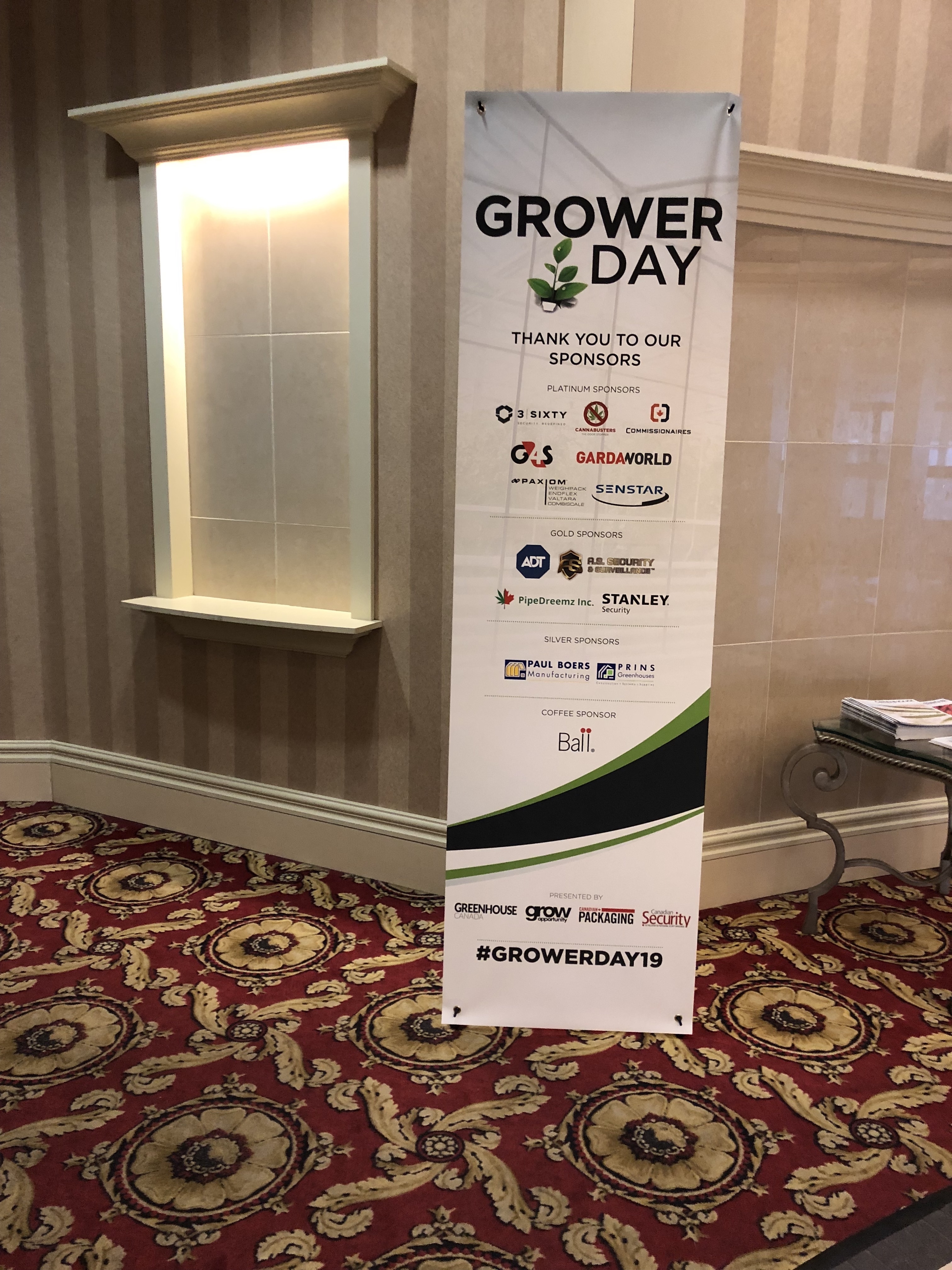 Greenhouse Canada magazine held its 24th annual Grower Day in St. Catharines, Ont, bringing together growers and suppliers for its conference and tradeshow. The event drew over 115 attendees from Ontario, outside the province and even beyond Canada.

For the first time in its history, Grower Day became a two-day event. Hosted by Greenhouse Canada, ‘Day 1’ on June 18th emphasized new greenhouse technology tailored towards flower and vegetable production, running on the theme “flourishing in the technological age.” ‘Day 2’ of the event was hosted by sister publications Grow Opportunity, Canadian Security and Canadian Packaging, focusing on the business of cannabis production.

Moderated by Dr. Chevonne Dayboll, greenhouse floriculture specialist at the Ontario Ministry of Agriculture, Food and Rural Affairs (OMAFRA), the speaker program for Day 1 targeted a multitude of different aspects in greenhouse production.

Starting with IPM
The speaker program kicked off with Dr. Matthew Krause, biological program manager of plant pathology at BioWorks Inc. His talk explored the role of microbial biofungicides, namely what they are, what they are capable of, and how to make the most of them in a greenhouse IPM program. For growers looking to try out a biofungicide, one of Krause’s key recommendations was to set up small-scale comparisons within the same season, noting differences between the biofungicide-treated group versus the untreated group.

Next, Dr. Sarah Jandricic, greenhouse floriculture IPM specialist at OMAFRA, introduced digital mobile apps that could be used in the greenhouse for a number of IPM-related tasks. From data collection and pest and disease identification, to proper application methods and pesticide interactions with beneficials, many of the highlighted apps have the potential to save growers from overwhelming amounts of historical data, in addition to improved efficiency.

Water filtration
In the water filtration session, Albert Grimm, head grower at Jeffery’s Greenhouses, teamed up with Dr. Ann Huber, environmental microbiologist at Soil Resource Group, to share their collective knowledge on woodchip biofilters. Speaking from his experience at Jeffery’s, Grimm spoke about the advantages and limitations to the system, sharing tips with growers who may be looking to implement this technology. Huber followed with 10 years of performance data, with particular emphasis on nitrogen, phosphorous and pathogen removal.

Making sense of big data
Scott Holmes, founder and president of ET Grow, dove into the role of software solutions, looking at how big data can help a greenhouse grow. For instance, the use of plant health sensors can help growers better understand which EC, moisture, light and other climate conditions lead to better crops. For logistics, integrating tracking technology such as RFID can help determine the best shipping times and the most effective transportation routes.

Mechanization and automation
A number of growers shared their experiences with new equipment and increased mechanization in their operations.

Brandon Koole, operations manager at Creekside Greenhouses, spoke about their decision to mix their own growing media. Taking attendees through each component of their mix line, Koole broke down his costs and calculated a cost savings of over $120k per year.

Speaking back-to-back, two other growers shared their experiences with automation. For Rodd Gibson, general manager of Jeffery’s Greenhouses, they first introduced an STS transplanting machine back in 1997 and have since invested in a number of other new tools to help streamline the rest of their operation. For Gibson, automation helped them conquer extreme shortages in labour. His advice? Instead of always looking at the short-term payback, consider what cannot be accomplished without the technology.

Aron Hoff, vice-president of production at Meyers Fruit Farms and Greenhouses, says they continue looking towards automation to help when labour is unavailable and to improve efficiency. In 2016 and 2017, Meyers’ production space grew by 25 per cent, driving their automation needs including multi-use boom systems that can be used to pinch crops, irrigate, hang baskets, spray and more. He also explained why they have yet to adopt certain pieces of technology, emphasizing the importance of cost-benefit analyses.

Smart LED lighting
Dr. Melanie Yelton, vice-president of research at LumiGrow, presented the latest research on smart LED lighting for greenhouse vegetable, cannabis and flower production. Citing studies in cucumbers, it was shown that a 1-per cent increase in light can lead to a corresponding improvement in yields by approximately 1 per cent. In other words, insufficient light can lead to lost yields. Other research studies presented showed how changing the intensity (amount of light), photoperiod (duration) and spectrum (colour) can help achieve different results, including improved yields in the crop, energy savings for the greenhouse and higher terpenes in cannabis.

Cannabis issues
Vicki Hilborn of OMAFRA rounded out the day with a short summary of common nuisances around cannabis operations and how they can be addressed. Skunk-like odours are a common concern, and indoor licenced producers are required to prevent the escape of this odour by use of a filtration system. This does not apply to outdoor growers nor designated growers, however. Concerned neighbours are encouraged to first contact the operation in question before reaching out to the municipality, Health Canada and/or OMAFRA’s Agricultural Information Contact Centre.

Sponsored by Paul Boers and Prins Greenhouses, winners of the Top 4 Under 40 accepted their awards from Rudy Ouwersloot of Paul Boers. The winners were: Anna Cooper of Heeman Greenhouses, Jasons Kok of Amsterdam Greenhouses, Jeff Newhouse of Waldan Gardens and Dusty Zamecnik of EZ Grow Farms. Readers may learn more about each winner in Greenhouse Canada’s July feature.

Adrian Kemper of Aldershot Greenhouses was also declared winner of the inaugural Grower of the Year award. Expect his profile feature to appear in Greenhouse Canada’s August issue.

Attendees interested in the business of cannabis production had the option to stay for a second day on June 19th. For Day 2 coverage, visit Grow Opportunity and Canadian Security.

Thank you to Neil Sutton, editor of Canadian Security for sharing some of his photos from the tradeshow floor.