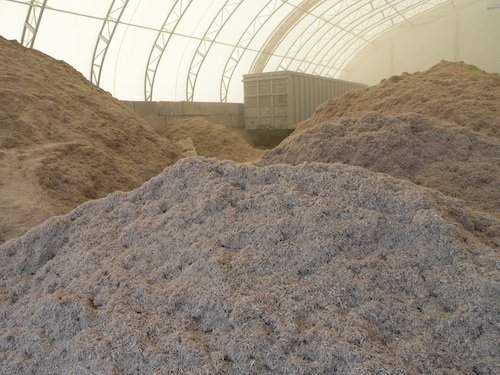 Rising heating costs have made biomass a growing option, but low natural gas prices and concerns over electricty rates may now make CHP a growth sector too.

Greenhouse Canada’s 2012 survey asked growers a host of questions, from crops to pests. We also asked which input costs rose the most in recent years, as well as what they were using for primary heating fuels. The results may surprise you, but probably not.

WHICH INPUT COST ROSE THE MOST IN 2011 COMPARED TO 2010?
No surprises here. It’s been heating, with 26 per cent of respondents pointing fingers to this major costs centre. Not far behind though is electricity, with 17 per cent of respondents saying this continues to be a cost concern, and obviously one they need to get a better grip on.

Labour was tied for first spot with heating. Other rising costs include pots and trays (nine per cent), marketing/sales (five per cent), containers/labels (four per cent), plant material (three per cent), and taxes (property, payroll, environmental, permits, etc.) gaining three per cent of the votes.

Other inputs receiving votes were growing media (two per cent), biocontrols (two per cent), chemicals (one per cent), and fertilizer (one per cent). Among write-in inputs were delivery costs, which makes sense given rising transportation fuel costs, and the initial cost of the greenhouse and getting started.

NO SURPRISES IN SURVEY ON PRIMARY HEATING FUELS
Again, no surprise here. Natural gas (50 per cent) has been the industry choice of fuels for many years. Oil weighs in at number two (14 per cent). But the fuels to watch for, as they gain market share in the future, are wood (10 per cent) and renewable fuels (biomass, geothermal, biogas, etc.), also at 10 per cent.

It will be interesting to see the response to this question in about five years, when we expect wood and renewables each to have about doubled from current market share. We’ve been enjoying unusually low natural gas prices for the past few years, but history suggests it will soon start trending upwards. Enjoy the relatively low prices while you can!

The wildcard here of course is the relative spread between electricity and natural gas pricing, which may be a driver for more CHP projects, as growers increasingly become power suppliers.