After 26 years, Graeme Murphy is retiring as OMAFRA’s greenhouse floriculture IPM specialist the end of this month. 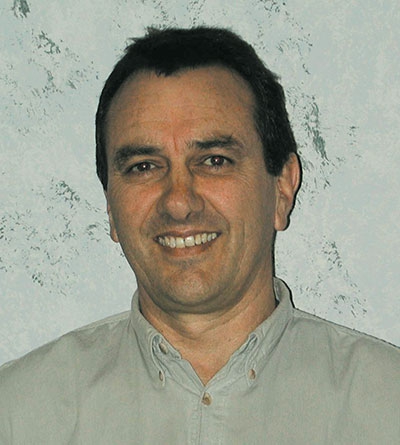 Nov. 28, 2014, Vineland Station, Ont. — This is my last article with Greenhouse Canada (at least as an OMAFRA greenhouse IPM specialist).

Greenhouse Canada has been (and I am sure will continue to be) a strong supporter of the greenhouse industry, and I have to thank them for allowing me to present my pest management musings through the years – often behind deadline, but still accommodating me at every step.

In 1988, the greenhouse industry was very different from the way it is now, and I have been in a perfect position to watch those changes occur. From a pest management perspective, the contrasts are dramatic.

Most of those products were older chemistries, often broad spectrum and with long periods of residual activity, characteristics making them completely incompatible with biological control.

With its emphasis on monitoring pest populations and using a diversity of control strategies, it is fair to say that IPM use was non-existent. Monitoring programs the way we understand them today were not used. Pesticides (of the sort described above) were sprayed
routinely and preventatively, often weekly in winter and twice weekly in summer (even more frequently in the case of pest outbreaks such as leafminer). Other control strategies were not considered.

In many ways, I was lucky to start this job at a time when interest in IPM was beginning to increase. Greater research effort was being invested in new pests such as leafminer, western flower thrips and Bemisia whitefly, research that was often focused on biocontrol, particularly in major greenhouse production regions such as Europe and North America (California, Florida and Ontario).

It would take a while for that research to become widely adopted in the industry but given the types of pesticides in common use at that time, it is no wonder that many early attempts were unsuccessful.

Growers were becoming increasingly aware of IPM through trade magazine articles and grower meetings. It seems difficult to believe now, but the Internet then was not a vehicle for accessing information the way it is now; it was still in its infancy. However, as it developed into the pervasive and powerful tool it is today, its influence in increasing growers’ awareness and understanding of IPM and biocontrol has been enormous.

I was also lucky in being able to work with Ontario growers who were open-minded, creative and willing to allow a new kid access to their greenhouses and to allow themselves and their crops to be used as guinea pigs for new pest control ideas.

It still makes me cringe to think of some of my earlier attempts at biocontrol against pests such as leafminer and thrips.

But I am forever grateful to those growers who not only experimented along with me, but even more amazingly continued talking to me and allowed me to try, try again (as the saying goes).

The Ontario industry has continued to develop its expertise in biocontrol through innovative growers who were quick to realize that pesticide-based IPM was not sustainable (especially with the development of resistance) and were willing to take chances with new strategies of control.

Biocontrol was the foundation of that change, but other strategies such as intensive monitoring, insect-exclusion screening, trap plants and mass-trapping have also been incorporated into well-rounded IPM programs. When we compare the industry today to 26 years ago, it can be difficult to believe the progress.

To replace the insecticides that have been lost since 1988, there have been more than 20 new registrations. Many of these new products have a much narrower spectrum of activity and/or shorter persistence and as a result, there is greater potential for them to fit into biological control programs.

IPM is the basis of almost all pest control programs whether chemically or biologically based. Growers monitor their pest populations and there are usually multiple control strategies in use. Even under pesticide-based IPM, applications are much more focused on when, where and for what pests they are needed. As a result, pesticide use has been dramatically reduced.

Biological control has become the primary pest management strategy in use. A survey in 2010 by Flowers Canada showed that 90 per cent of those who responded were using biocontrol. A similar survey earlier this year by the Vineland Research and Innovation Centre found almost 70 per cent use. These usage numbers put the Ontario greenhouse ornamental at the forefront of biocontrol implementation globally.

One of the major changes now compared to earlier biocontrol programs in the 1990s is that biocontrol is most often the first line of defence with pesticides having a supporting role. In the past, we tried naively (and often unsuccessfully) to reverse those roles.

There are still challenges ahead. Some pests are more difficult to control than others. For some, we are still relying on insecticides that we are incorporating into biocontrol programs for other pests. Insecticide resistance will continue to be a driving force for change.

Retailer demands have become a new factor in how growers produce their crops, one that can force change more rapidly than government regulation and legislation. However this industry has shown repeatedly that not only can it overcome new pest challenges, but it can do so while also advancing the sustainability of pest management.

Thank you to the industry as a whole and the many individual growers (you know who you are) who accepted me, put up with me, trusted me and listened politely enough to me to make feel as though I had something worthwhile to say. I will still be involved in the industry in other capacities, so I hope to continue the relationship in future.

Graeme Murphy is the greenhouse floriculture IPM specialist (until Dec. 31, 2014) with OMAFRA at Vineland.