The reasons why it’s difficult to freeze out pests in greenhouses.  We are at that time of year when many greenhouse vegetable growers are thinking of cleaning up for the spring crop. 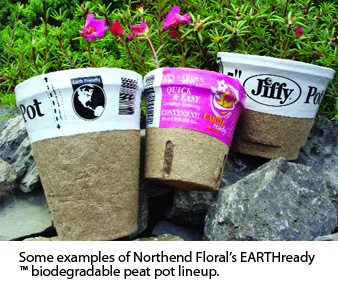 We are at that time of year when many greenhouse vegetable growers are thinking of cleaning up for the spring crop.

Certainly, cleaning up is a huge task and growers would like to simplify the process as much as possible.

It seems reasonable to think that subjecting the greenhouse structure and growing media to a couple of weeks of cold weather should “freeze out” those annoying pests that damage our crops during the growing season.

However, insects, mites, and disease-causing organisms have all evolved mechanisms by which they can survive the cold winters, and this basic fact makes it near impossible to simply freeze out them out. For sure, there will be some reduction in their numbers, but to think that we can be rid of them all – not much of a chance of that happening.

The following are some commonly occurring pests and reasons why they return each year to plague our crops and sanities, respectively:

Pythium species – This is a chronically occurring fungus that causes root rots. It produces thick-walled spores, called oospores, which serve as the survival and resting stage of the fungus. Oospores are resistant to various unfavourable environmental conditions, including those of low temperatures and moisture. Pythium species can also survive indefinitely as saprophytes in the soil by living on dead tissue.

Didymella bryoniae  – This fungus causes gummy stem blight and generally overwinters in diseased plant material as thick-walled spores called chlamydospores. Studies done in The Netherlands in the 1970s showed that this fungus survived five months over winter on the soil surface, even after 14 days of frost and with minimum temperatures of -9ºC. It also survived for 10 months in cucumber stems buried in dry soil in a greenhouse, and for 18 months in dried, infected cucumber stems that were not buried. After these periods, the fungus was just as virulent as those taken from a newly diseased crop. Generally, this fungus is very resistant to dryness and can survive in plant debris as long as the debris is not decomposed.

Botrytis species – Many studies attest to the ability of this fungus to survive cold conditions. In fact, Botrytis species can survive by means of several structures in its life cycle. The main structures adapted to survival are dark, hardened structures called sclerotia (Fig. 1), and thick-walled spores termed chlamydospores. Studies have shown that sclerotia of B. cinerea (the species mainly found in greenhouse crops) can survive at 4ºC for 81 days. In addition, its mycelium (fine filamentous part of the fungus) survived at 0ºC for two to 12 months at a relative humidity of 85 per cent. Some researchers have even been able to preserve conidia (tiny, rounded spores) of B. cinerea in a frozen watery suspension for two years.

Two-spotted spider mites – These mites are able to survive winter conditions by entering diapause – a state of apparent suspended activity and development. Decreasing daylengths (as in late August to early September onwards) trigger the development of this condition in adult females. Low temperatures and poor quality food (older, yellowing leaves) favour the onset of diapause. Diapausing females are easily recognized by their reddish orange colour (Fig. 2). They cease feeding and move downwards, away from light, to seek overwintering sites in any cracks or crevices in the greenhouse. This diapause state ends only after a fixed period of chilling – an adaptation that ensures that mites do not become active prematurely.

In general, many disease-causing organisms and pests that afflict greenhouse crops are able to survive in the greenhouse between crops during winter periods, particularly if infected or infested debris are allowed to remain in the house. The fact that temperatures may not remain below freezing for long, by virtue of the buffering effect of the structure, could assist in the survival of arthropod pests that don’t have a specific overwintering stage, e.g. thrips.

Applying disinfectants to structures without ridding the house of debris will considerably increase chances of carryover of disease organisms. Plant tissue provides excellent protection for fungal spores, bacteria, etc. Mortality of overwintering stages in debris is facilitated when such tissue is broken down, thereby exposing the disease organisms to microbial attack. For this reason, crop residues that are placed in fields are best plowed deeply into the soil to facilitate decomposition.

To conclude, it is very difficult to completely destroy many pests and disease-causing organisms by simply subjecting the structure and its contents to freezing for a short period. Wouldn’t life be much simpler if only this were true?

Gillian Ferguson is the greenhouse vegetable IPM specialist with the Ontario Ministry of Agriculture, Food and Rural Affairs in Harrow. • 519-738-2251, ext. 406 or gillian.ferguson@omafra.gov.on.ca