An ounce of prevention is indeed worth a pound of cure!  You can pay now, or pay (much, much more!) later 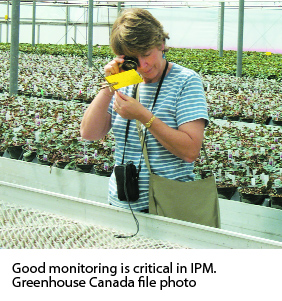 My mother’s admonitions to me when I was a child still ring loudly in my ears. “Wash your hands before you eat,” became the stuff of urban legend (at least around our family table), a hook for family reminiscences, many years after most of us retained only vague memories of the actual words being spoken. As is so often the case, the wisdom of mothers has been reinforced as science catches up to generations of experience. The value of handwashing in limiting the spread of irritating illnesses such as the common cold, and its place in helping control the spread of more serious diseases should they occur (such as SARS, or a flu pandemic) are now well- established as a first line of defence.

Another of those old saws passed down from parent to child is that “an ounce of prevention is worth a pound of cure.” While the context in which this advice was given was usually quite different from that of handwashing, the link between the two is obvious. Proverbs were once described as “the wisdom of the dull” (possibly irked by the solemn repetition of proverbial advice as though it was the first time the words had ever been spoken). Nonetheless, they are still wisdom and despite their triteness, the kernel of truth within them is usually very large.

So, where am I going with all this? In a greenhouse, prevention of pest and disease problems is easier, more effective and in the long run cheaper, than waiting to address them after the fact. However, as with anything in life, thinking about it and dealing with it before you have to, requires discipline.

Pests and diseases can enter a greenhouse through several ways:
•     Some insect pests are naturally occurring in this part of the world and may fly in through vents in the warmer months to enjoy the perfect conditions you provide for them. These include various aphids, moths, two-spotted spider mites, fungus gnats and greenhouse whiteflies.
•     Or, in the case of diseases, spores may be ever-present in the air (e.g. Botrytis and powdery mildew), inhaled with every breath we take and just waiting for the right opportunity to infest your
crops.
•     In other situations, pest organisms may survive only in Canada within the tropical climate of greenhouses, in which case the only way they can find their way into your crop is on plant material brought in from elsewhere (e.g. silverleaf/sweetpotato whiteflies, western flower thrips, mealybugs).

Preventing pests and diseases from becoming established in your greenhouse is one of the most important steps in a strong IPM program. There are a number of things that growers can do to achieve this objective:
•     For insects and diseases, good weed management inside and outside is a must. Weeds can be hosts for some of the same diseases that affect your crops, and they can harbour many of the same insect pests. Early establishment in the greenhouse could be on weeds rather than in the crop, allowing time for populations to build before you notice.
•     For flying insect pests that come in from outside, insect screening is an obvious barrier to their entrance. It may not be appropriate for all greenhouse structures, but it is very effective  in keeping out flying insects. If screening is not possible, then vigilance is the key to detecting new pests before they become major problems. Good monitoring is critical in IPM.
•     For diseases, there is not much we can do to prevent the entry of spores of diseases such as Botrytis. They are very small and present everywhere.
However, we can look to other methods that will prevent them from infecting the crops we grow. Diseases will not establish in an environment that is not suitable. We need to understand the biology of the disease and ensure that our growing conditions are optimal for the crop, not the disease.

“Cleanliness is next to Godliness” (some more wisdom from the dull!). Good hygiene is one of the most important  factors in disease management. Clean and disinfect benches between crops. Always use new pots and flats. Rogue out dead and dying plants. Clean up fallen leaves and petals. Get into the habit of not giving diseases a chance in your greenhouse.

Crops that are under stress are much more prone to disease infection. Stress can be caused by any factors that are not at the optimum level needed by the crop. These include temperature (above and below ground), light, moisture, humidity, salt levels in the soil, soil pH, and nutrients. Grow the crop in the conditions it wants.

For insect and mite pests coming in on plant material from other growers:
•    Know what pests are likely to be found on what plants. For crops you have been growing for some time, this is probably well known to you, but for new crops you may have to do a bit of reading.
•     Examine the cuttings or plants very carefully before allowing them access to the rest of your crops.
•     If you have an area in your greenhouse where plants can be kept for a week or two before putting them into the main greenhouse, then do so. I know that is asking a lot – most growers with empty space will use it for producing crops to sell, not as a guest room for visiting plants – but it should be considered.
•     One of the most difficult things to deal with is when plant material is found to have problems and the tight schedule of most growers does not allow time for replacement cuttings to be obtained. Difficult decisions have to be made, but at least you are in a position of knowledge that will help with that decision-making.

Preventing pests and diseases from entering the greenhouse is not always easy, and despite our best efforts, it will still happen. Understanding the problem, good monitoring and early control action will prevent little problems from building into bigger ones. An ounce of prevention ….!
And … don’t forget to wash your hands.

Graeme Murphy is the greenhouse floriculture IPM specialist with the Ontario Ministry of Agriculture, Food and Rural Affairs at Vineland. • 905-562-4141, ext. 106; graeme.murphy@omafra.gov.on.ca