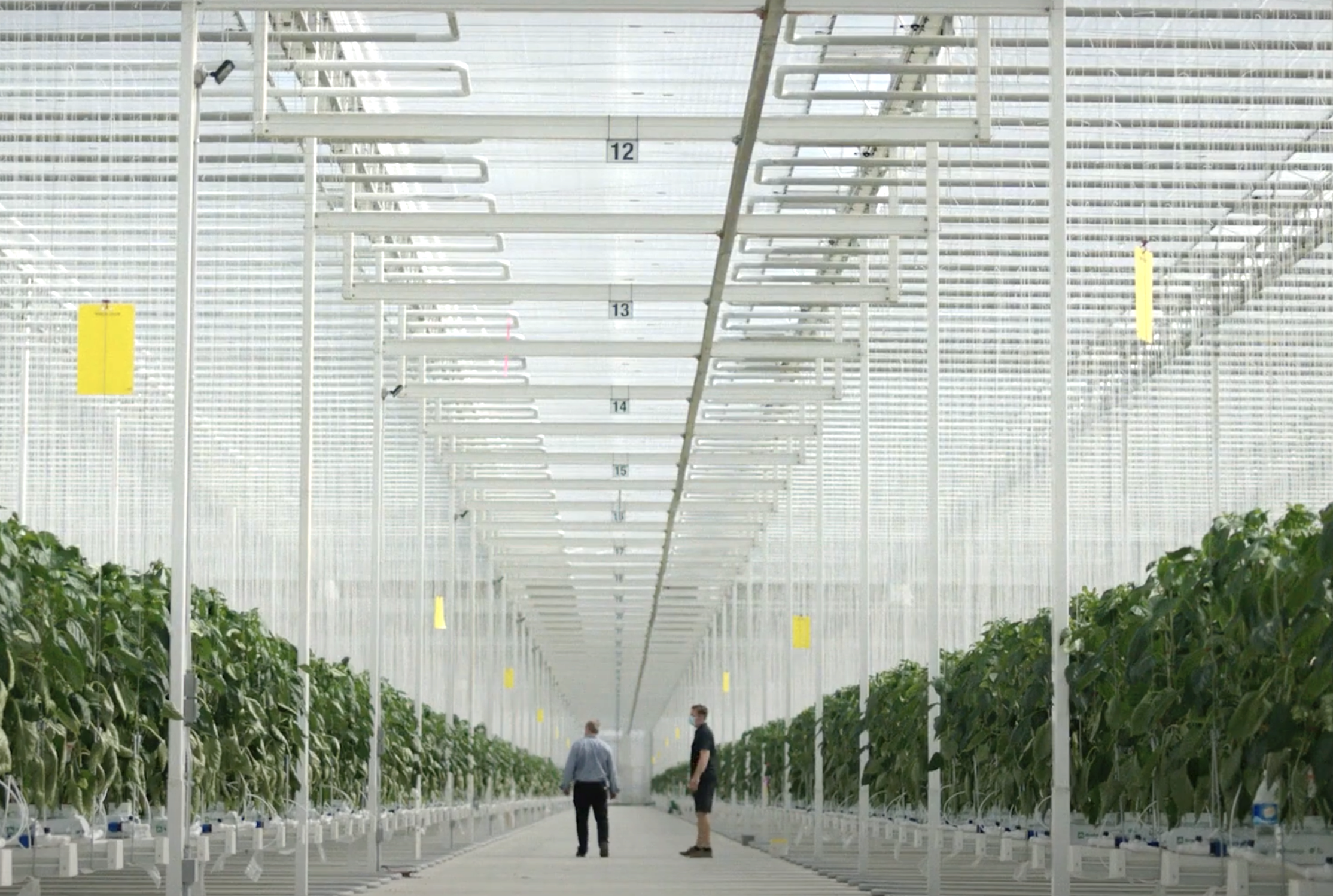 Horseshoe Power and Doef’s Greenhouse are collaborating on a project to turn waste heat and carbon dioxide (CO2) from natural gas production into a valuable local resource for a new 13-acre greenhouse.

In the traditional cogeneration process, natural gas is burned to turn a generator and produce energy. In doing so, heat is created that can be either wasted or captured and used. Doef’s will not only use Horseshoe Power’s leftover heat for their greenhouses, they’re also taking the CO2 that is produced to feed their crops.

“We have a variety of crops under glass and plastic. We grow peppers, long and short cucumbers, eggplant, and some lettuce. We’re currently in phase one of our new greenhouse expansion,” says Eric Doef, managing partner with Doef’s Greenhouses Ltd. in Lacombe, Alberta.

Doef says, around four years ago, he met with Horseshoe Power, who own the local gas wells. At the time, getting more natural gas for future greenhouse expansions would have cost a significant amount of money for all the extra infrastructure and piping needed to access it through the traditional grid.

“We had a handful of gas wells around here already. We acquired some more. We brought them all together and reconfigured all the pipe to bring the natural gas into the site. We call it tri-generation because we make electricity, heat, and carbon dioxide for the greenhouse. We also supply electricity to the grid,” says Brad Murray, president of Horseshoe Power.

Horseshoe Power and Doef’s Greenhouse are reclaiming heat and CO2 from generators and using the excess heat in the greenhouse. The exhaust produced is cleaned and cooled into a CO2 supplement for plants. They are also using water distillation technology from large ships to treat wastewater from Horseshoe Power’s wells, creating pure water that Doef’s can use to irrigate crops.

Since Doef’s relies on natural light, which is tough during long Alberta winters, they’re installing broad spectrum LED lights to grow pepper crops in a two-acre trial. The lights are more efficient with less emissions. To detect premature mold that can result in product returns and more waste and emissions, Doef’s is also installing a laser detection system to catch mold before the local produce gets shipped.

“There’s a lot of stuff going on that we’re advancing in this greenhouse, in our energy centre, and in the gas gathering and treatment system. It’s not one silver bullet, it’s all these little things that are coming together to make us more efficient. We are reducing emissions and being more profitable,” Murray adds.

For this project, Horseshoe Power and Doef’s Greenhouse received $2 million in funding from Emissions Reduction Alberta (ERA). They are one of 17 projects that received funding from ERA through its $33 million Food, Farming, and Forestry Challenge; the projects have a combined value of $107 million in public and private investment. ERA funding comes from the Government of Alberta’s Technology Innovation and Emissions Reduction (TIER) fund.

Other projects from the Food, Farming, and Forestry Challenge include using drones to help reforest remote boreal environments, reducing methane emissions from cattle through feed additives, and leveraging artificial intelligence to optimize energy usage at a pulp mill. If successful, all these projects will lead to cumulative GHG reductions of up to 2.7 million tonnes of CO2e by 2030.

Kevin Duncan manages media relations for Emissions Reduction Alberta. He can be reached at kduncan@eralberta.c