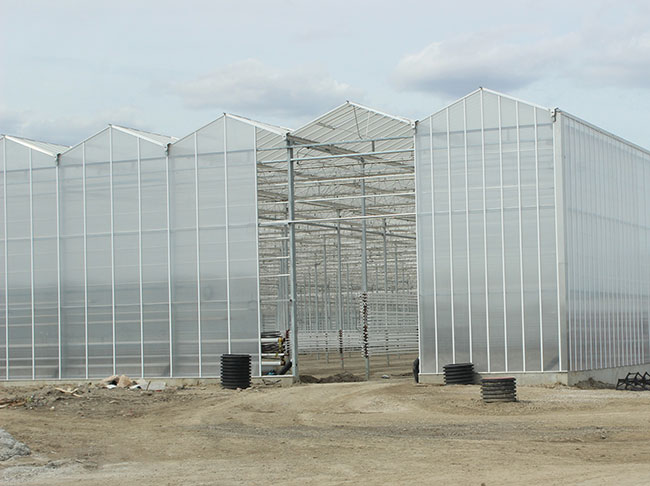 ‘The recent significant increase in water demand is attributed to moderate increase in residential growth but mainly due to significant greenhouse growth in Kingsville and Leamington. Further, some of the water demand increase is likely related to the greenhouse crop switch over from food crop to cannabis which appears to be a more water intensive crop,’ states the UWSS report, dated March 11, 2021.

It might seem drastic, considering that Essex County, has the largest concentration of greenhouses in North America, but one local mayor seems optimistic. Nelson Santos, who is also chairman of the UWSS says the 12-month moratorium, set to end in March 2022, will not stop permits already in place.

“There are about 1,000 acres of connections for greenhouses that have already gone through the system for approval,” says Santos, Mayor of Kingsville. He says that the UWSS now serves 70,000 residential, commercial, industrial and agriculture customers, a dramatic increase over the past few years and one in which the utility has to pay close attention to. Greenhouse use accounts for about 54 per cent of the plant’s production.

“Generally we see more of the growth in the greenhouse sector, however, there has been significant growth in residential and commercial.”

While Santos admits that water is on a first-come, first-serve basis, he says that this is an opportunity for the UWSS to review water use on a daily basis. Currently, the rated capacity of the plant is just over 27 million imperial gallons per day (IGPD), but Santos says this number has not been updated for quite some time despite numerous upgrades and improvements in filtration technology. “The Water Plant is expecting to have a capacity review as part of the current analysis.” Capital projects in the future could include another reservoir to hold as much as four million additional gallons.

Discussions with local greenhouse growers and associations have forecasted another 1,500 to 2,500 acres of greenhouse development anticipated over the next five years, says Santos. “This would essentially double the current inventory of commercial greenhouses. With only an estimated 2.7 [million IGPD] left at this time under our current rated capacity, our ability to take on new large water customers could be quickly reached.”

It’s also difficult to estimate the fraction of forecasted growth that will need municipal water. Some would be able to draw water resources from other areas, just as is the case today.

The UWSS document notes that greenhouse water use was historically estimated at 10,000 IGPD, but the standard for new applications is now 6,000 IGPD.

According to Joe Sbrocchi, general manager of Ontario Greenhouse Vegetable Growers, a closer look is needed to get a clearer picture of how much water is actually available.

“We are doing this in conjunction with Union Water and not in an antagonizing way. We do believe there are certain actions we can take to address that,” he says.

Dr. Rupp Carriveau is a civil and environmental engineer and a professor at the University of Windsor. Three years ago, he carried out a water monitoring and modeling project that took a close look at the water consumption in greenhouses.

He says as far as water capacity goes at UWSS, that when numbers were calculated, they could have been a little on the generous side as to how much water was actually available in the system. Carriveau notes that calculations were probably done before growers began their numerous water conservation methods. “I think that is still contributing to the confusion,” he says. Not having accurate data on water conserved, estimates may have been largely based on the amount of water required by each type of crop.

“Water accounting is not rocket science, but it is a meticulous business that requires a fair bit of rigour because there are a lot of dynamics in there.”

When it comes to having the 12-month moratorium in place, he says that it is probably a good idea. “It’s a tricky thing to sort out, and that’s probably why the moratorium is in place. They want to sort it out before they overprescribe the system.”

The UWSS can trace its roots back to 1959, and it was in 2001 that the municipalities of Leamington, Kingsville, Lakeshore and Essex took over ownership from the province.

Raw water is taken from the western basin of Lake Erie through two offshore intakes and treated at the plant before being distributed.

“[The moratorium] came as a surprise in the last 18 months because the growth has been huge,” says Hilda MacDonald, Leamington Mayor and vice-chair of the UWSS, sharing her thoughts on the moratorium. “We based all of our consideration and expectations on growth prior to 2018, so we felt we had a lot of wiggle room as far as capacity [goes].”

“You have greenhouses growing at a rate where one might be putting up 60 acres, and that’s something we’ve never seen before.”

She also says that in order for a municipality to thrive and grow, there has to be balance and having more of the resources going to one particular sector, for example, greenhouses as compared to residential and commercial, is not good.

“We are hoping to find a solution but we have to keep in mind that we need to have balanced growth. It’s what keeps a municipality healthy.”

Water is not the only necessity that is at the forefront of the future greenhouse expansion in Leamington and Kingsville. A past report by the Independent Electricity System Operator predicted greenhouse electricity needs will increase by up to 200 percent in the area between 2018 and 2026.

The good news as far as power is concerned is that Hydro One, Ontario’s largest electricity transmission and distribution provider, announced in 2019 a new 230-kilovolt transmission line into the area. That is expected to deliver 400 megawatts and is expected to be completed by 2025

For greenhouses looking to expand, they should wait until the moratorium is over to submit an application. There are no waiting lists in the meantime, shares Santos. Because approved applications have a six-month shelf life, any successful applicants who have not connected to the service in that timeframe will need to resubmit an application

Fred Groves is a freelance writer based in Leamington, Ont.