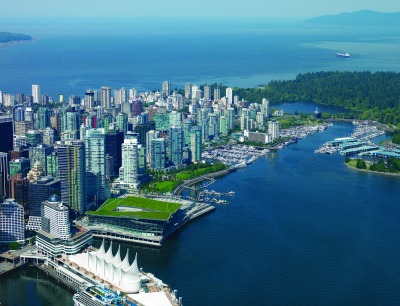 The main goal of this research conducted by the Universidad Politécnica de Madrid (UPM) and the Università Politecnica delle Marche (UNIVPM) was to show energy efficiency of green roofs.

Researchers have developed a numerical model that was able to verify the effects on passive cooling of buildings caused by the density variation of vegetation of green roofs.

With just an error between five and seven per cent, this model could be used to study the energy saving produced by these architectural elements.

In spite of the use of green roofs for a long time, the growing interest in the mentioned roofs has only been increased for the last 20 years because of their energy and environmental benefits for both buildings and cities.

In fact, in recent years, numerous studies have covered these issues, although the complexity of the phenomena associated with the thermo-physical properties of green roofs hinders the development of an analysis model that can easily be included in the process of the building design.

Although green roof technology is considered a mature technology and is a competitive solution, its use has not yet been extended in most countries due to lack of incentive regulation.

Numerous studies on energy efficiency of green roofs are based on the development of complex mathematical methods that involve the understanding of the vegetation and substrate characteristics, which generally go beyond the technical knowledge of most architects.

Besides, researches based on observation of experimental data are usually referred to short periods of analysis. In these cases, the results, although of great interest for the understanding of the analyzed roof behavior, are difficult to extrapolate to other contexts or solutions.

Most studies consider the green roofs as a single unit made of plants and substrates studied as if they had the maximum density of vegetation without considering that, unless it is a pre-vegetated green roof system, vegetation needs time to grow after being installed and the roof might not have vegetation for a certain period of time.

This study is focused on three specific aspects: to assess the impact of vegetation density on energy efficiency of a roof located at a Mediterranean coastal climate; develop a simplified numeral model that can estimate thermal resistance values equivalent to plants and substrates, and finally, to verify the numerical model by using experimental data.

Besides, researchers found that a roof with a high density vegetation works as a passive cooling system, in fact, the energy released from the building through the roof during the summer is a nine per cent of the incoming energy during the same period.

Lastly, this study gives evidence that the numerical model developed has a suitable degree of accuracy since it reproduces the thermal behavior of the roof with an error between five and seven per cent. This would allow us to use this model to study the energy saving produced by vegetation roofs in regions of Mediterranean coastal climate.