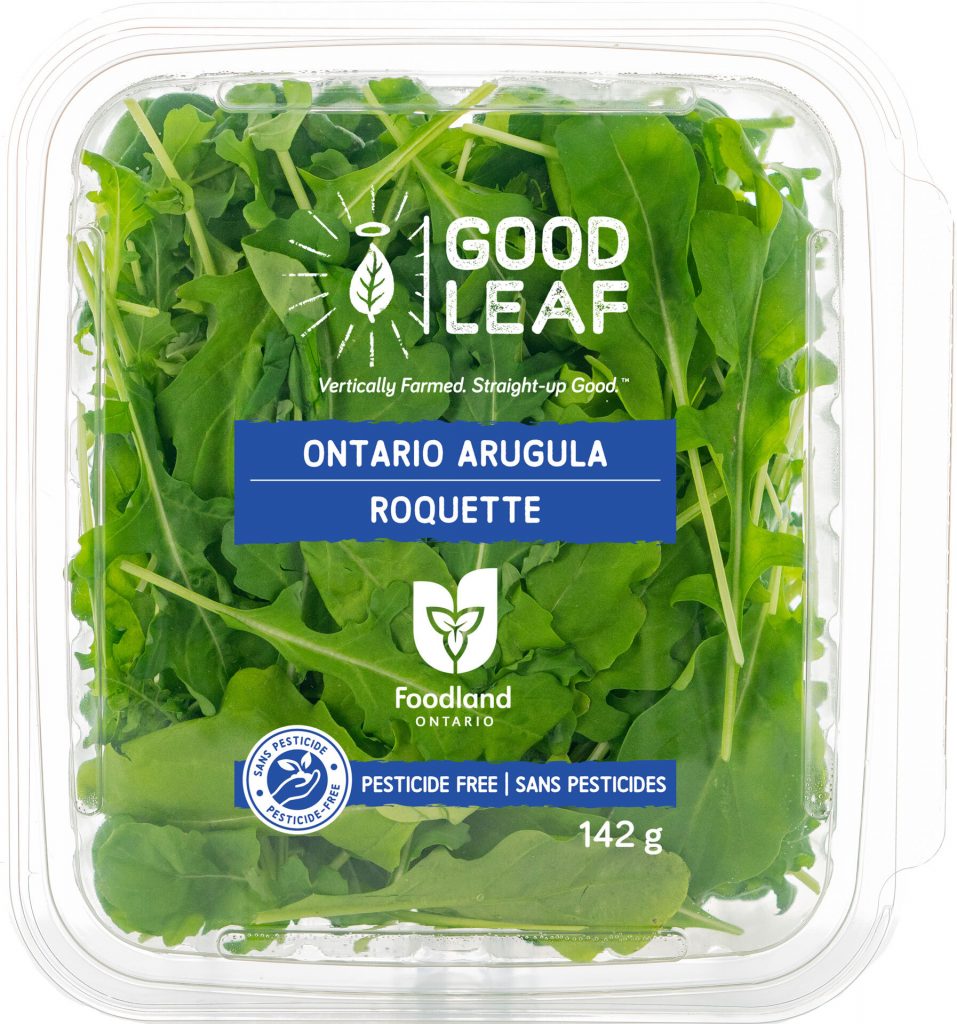 GoodLeaf Farms’ leafy greens are now available at Longo’s and Whole Foods Market stores across Ontario, adding to stores owned by Loblaw Companies — including Fortinos and Zehrs — where they have been available since 2019.

Grown at its indoor vertical farm in Guelph, Ont., microgreens and baby greens from GoodLeaf provide a local alternative in a produce aisle that is typically dominated by imported food, particularly during the colder winter months.

Microgreens are young plants harvested in the primary stage of plant growth just after the first set of true leaves have appeared. Some of GoodLeaf’s products are typically harvested within two weeks of planting. At this young age, the greens are packed with up to 40 times the nutrients of their mature counterparts, according to the producer.

Baby greens are allowed to grow a little bit longer than microgreens, but are still harvested before they are fully mature. GoodLeaf’s Ontario Baby Kale and Arugula are harvested after 18 to 20 days.