The new facility is expected to serve Quebec and Eastern Canada. 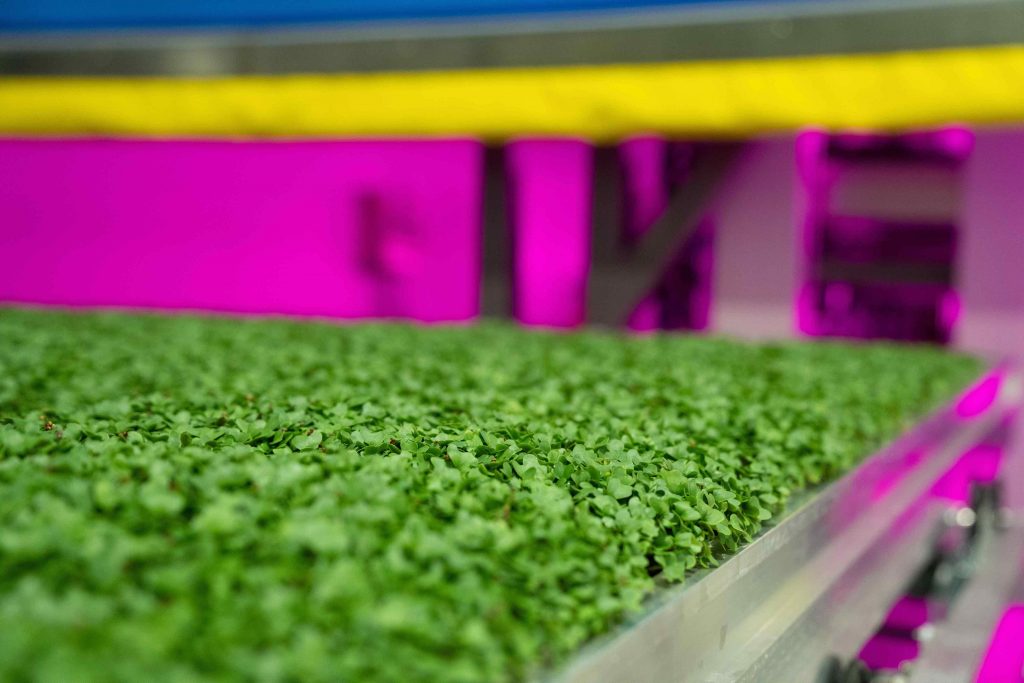 GoodLeaf Farms has announced plans for a new indoor vertical farm in the Montreal area.

It will be the first expansion for the company since establishing its commercial-scale farm in Guelph, Ont., in 2019. The company expects to break ground on the 145,000-square foot facility this fall and start the first of two building phases.

GoodLeaf products, such as pea shoots, micro radish, micro arugula, micro Asian blend, spicy mustard medley, baby kale and baby arugula will be grown at the Quebec farm. They are expected to be in grocery stores across Quebec and in Atlantic Canada by fall 2022.

“It is GoodLeaf‘s intention to build a stable of indoor vertical farms that support the Canadian grocery network, food service industry and consumers — starting with an expansion into Quebec,” says Barry Murchie, Chief Executive Officer of GoodLeaf. “We are committed to growing in the Province of Quebec and are encouraged by the support and collaboration we have been getting from stakeholders and all levels of government. We are looking forward to finalizing all of the details.”

GoodLeaf says their indoor vertical farms use innovative technology to grow microgreens and baby greens in Canada year-round. The plants are grown in a complex hydroponics system with traditional ebb-and-flow watering to feed nutrient-rich water to the plants. Specialized LED lights are engineered to emulate the red and blue wavelengths of the light spectrum to mimic the spring sun and to maximize photosynthesis.

Because the farm is indoors in an environment that is almost clinical, there are no pests, bugs or birds — and thus no pesticides, herbicides or fungicides are used. It is also environmentally sustainable, using 95 per cent less water than a traditional outdoor farm would.

Vertical farming is a potential game changer for Canadian agriculture, providing fresh produce year-round, displacing leafy greens that are typically grown in the Southwestern United States and trucked to Canada.

GoodLeaf also has plans to open a farm in Western Canada. More details on that announcement will be available soon.

The company was founded in Halifax, N.S. in 2011, where their facility is now used for research and development. They also have ongoing collaborations with the University of Guelph, Dalhousie University and Acadia University.

In Ontario, GoodLeaf’s microgreens and baby greens can be found at Loblaws, Fortinos, Zehrs, Your Independent Grocer, Longo’s and Whole Foods stores and will be coming soon to Metro.