Good fungi might prove even better for plant, human health
Researchers have come closer to
understanding how a common fungus “makes its living in the soil,” which
could lead to its possible “career change” as a therapeutic agent for
plant and human health.

March 2, 2011, College Station, Texas – Researchers have come closer to understanding how a common fungus “makes its living in the soil,” which could lead to its possible “career change” as a therapeutic agent for plant and human health. 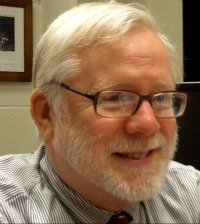 That’s according to Dr. Charles Kenerley, Texas AgriLife Research plant pathologist (at left), and a team of scientists from the U.S., India and France, whose study on Trichoderma virens is in February’s Journal of Biological Chemistry.

T. virens already enjoy a good reputation in the plant world. The fungi is found throughout the world in all types of soil, Kenerley explained. “We started working with this organism because it has what we would call biological control activity,” he added. “They are used either as seed treatment, as a foliar spray, or in the mixtures of potting soil at nurseries (to help control disease).”

THEY ATTACK OTHER, LESS DESIRABLE FUNGI
Because they are mycoparasites, T. virens attack other, less desirable fungi that can harm roots and foliage of plants, he added. Colonization of plant roots by T. virens also prompts the plant to produce defense responses to fight off pathogenic fungi. As a bonus, when no pathogens are loitering, T. virens enhance the growth of plants, he added.

“These fungi are very diversified organisms that have various roles in ecology,” Kenerley said, “so agriculture has adopted them for use in biocontrol or growth promotion. T. virens will colonize most agricultural crops including corn, cotton, sorghum and alfalfa, as well as woody plants and numerous other nursery plants.”

Anything good enough to fight off disease and encourage growth might have more to offer, the scientists reasoned, so they looked deeper. Sure enough, Kenerley noted, T. virens also produce antibiotics and short chains of amino acids called peptaibols. Amino acids – because they string together to form protein – are like the cinder blocks of all living things.

In this study, the researchers found two classes of peptaibols that contain more than 70 components that had never been described. “What is also exciting is that the 11- and 14-amino acid peptaibols have great diversity. The chemists I work with have been able to identify 52 different forms of this 11-amino acid peptaibol,” Kenerley said. “When you have so many different forms, you have now a suite of compounds that you can test (for potential uses).”

WHAT ARE THE NEW POTENTIAL USES?
Sorting out that diversity to determine any specific uses for each of the 52 forms is something the team continues to pursue. “Some might be interesting for use in plant science and some might be looked at by the pharmaceutical industry for human uses,” he said.

The researcher said finding potential uses for the compounds will not be easy.
“The biggest challenge is not only in selection of the most appropriate form, but then how do you gear the organism to produce more of what you want rather than the whole suite of its compounds,” Kenerley said.

“There’s probably an ecological reason the fungus produces a diversity of these compounds. I’m sure it has to do with survival in the soil, and its interaction with other organisms and plant roots. The compounds are not necessarily there for our benefit, but we would like to use these compounds in different applications,” he added.

While Kenerley’s team is considering agricultural uses for the peptaibols, others are considering pharmaceutical uses for treating tumours in humans or perhaps their ability to work against harmful bacteria, fungi and viruses, he said.

“You can see that they would have great potential if they have therapeutic value but are not harmful to the hosts – the hosts being humans,” Kenerley added.

HOW ARE THE PEPTAIBOLS PRODUCED BY THE FUNGUS
The scientist said once researchers understand how the peptaibols are produced by the fungus, the fungus could be potentially modified to produce only the part needed for a specific use.

“If we can demonstrate a cheap way to make these, the specific form desired could be synthesized,” he said. “The problem right now is there are so many forms of these peptaibols, you really don’t know which one to go after. We need to figure out ‘do I need a combination of these things? or really do I only need to make one or two?”

Kenerley’s team is working with chemists in France to determine which peptaibols to select for continued work.

Kathleen Phillips is a communications specialist at Texas A&M university.