Features Business Retail
Going Mobile is Good for Your Business 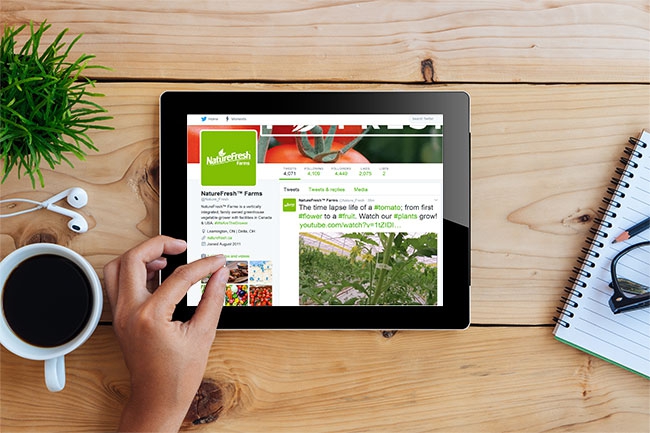 Many companies are working in a variety of social media platforms, and with great success. Photo: Thinkstock

March April 2017 – Questioning whether social media and mobile marketing should be part of your plan? Consider this: the average user spends 50 minutes a day on Facebook – almost an hour! Social media is becoming part of our natural lives – we’re willing to devote a crucial hour to it, even after working 8+ hours and spending time with our families and friends.

Case in point: the percentage of Canadian adults who own a smartphone today? It’s 76 per cent, according to Catalyst Canada. That’s compared to 55 per cent in 2014. Three out of four people now own a smartphone. In addition, Canadians continue to adopt tablets at a rapid pace, with nearly 10 million now owning the portable devices.

Added to that, Canadians are the fourth heaviest users of mobile data in the entire world, according to Cisco. In fact, 23.7 per cent of households reported using a cell phone exclusively, compared to 20.4 per cent in 2013. Cisco projects that Canadian mobile data traffic will grow 600 per cent from 2015 to 2020, a compound annual growth rate of 42 per cent.

Canadians are spending more and more of their smartphone time on social media – almost 20 per cent of users access social media almost every day, with another 15 per cent reporting at least once a week. Social networking access is second only to photo use and management across devices, with 32 per cent accessing social media on desktop computers, 53 per cent on smartphones and 15 per cent on tablets.

Canada is near a multi-platform majority, with more than 50 per cent accessing digital content via both mobile and desktop in the same month. Still, mobile-only users (those who do not use desktop computers) are on the rise, increasing by nearly 20 per cent in just a year.

Even with this digital revolution, it’s important to note that Canadians remain extraordinarily engaged compared to other users worldwide, with high time and page consumption metrics comparatively. A ComScore study showed that Canadians rank number 1 in the world for average monthly hours per visitor on a desktop computer.

Another important point to keep in mind: ComScore reports that 73 per cent of Canadians watch video, and on average spend 5.1 more hours per month watching video than Americans. Social media video will be increasingly important for engagement

ACING THE EXECUTION
Here’s a statistic we all should remember: Mobile email will account for 15 to 70 per cent of email opens, depending on your target audience, product and email type, according to eMailmonday. What does that mean to you? If you’re smartly marketing, a tweak in how you’re presenting information. Consider:

Short, bite-size chunks of informa-tion make it quickly digested on devices, from phones to tablets. Make sure information automatically sizes to devices, is the right size to be easily read and that it is carefully targeted to your audience’s needs and wants.

So what does it all mean for you? Patience, always in short supply with customers, now stands at almost nil. Rather than wait for a site (or app) to load, visitors will quickly find another, faster-loading stop. That means injecting mobile friendliness into your web site, e-blast, digital advertising, and also tackling analytics and search engine optimization so you’re covered on all fronts.

What Is Content Marketing (and why should you care?)
The Content Marketing Institute defines content marketing as “a strategic marketing approach focused on creating and distributing valuable, relevant, and consistent content to attract and retain a clearly-defined audience – and, ultimately, to drive profitable customer action.”

What does that mean? You’re creating content specifically for specific customers. You’re focused on engaging and enticing them to develop a relationship with your brand, and to create an ongoing dialogue, rather than a one-time hit.

Instead of hard selling our customers, we’re providing them with information they can use, and in turn, they reward us with their business, and their loyalty. Companies like Microsoft, P&G and Cisco are using these tactics with great success. You should be, too.

For example, if you’re a nursery or greenhouse, instead of saying, “look at our great selection of edibles,” you could cite trends in edibles and suggested uses, then circle back to which of your cultivars would be great for that. You could do the same with container combos, trends in perennials, colors, etc. Nobody wants to be “sold to,” but everybody loves to discover something new and useful.

Kerstin P. Ouellet is president of Pen & Petal, Inc., a marketing, advertising and public relations agency for the green industry. She can be reached at 760-271-7261, kerstin@penandpetal.com or www.penandpetal.com.